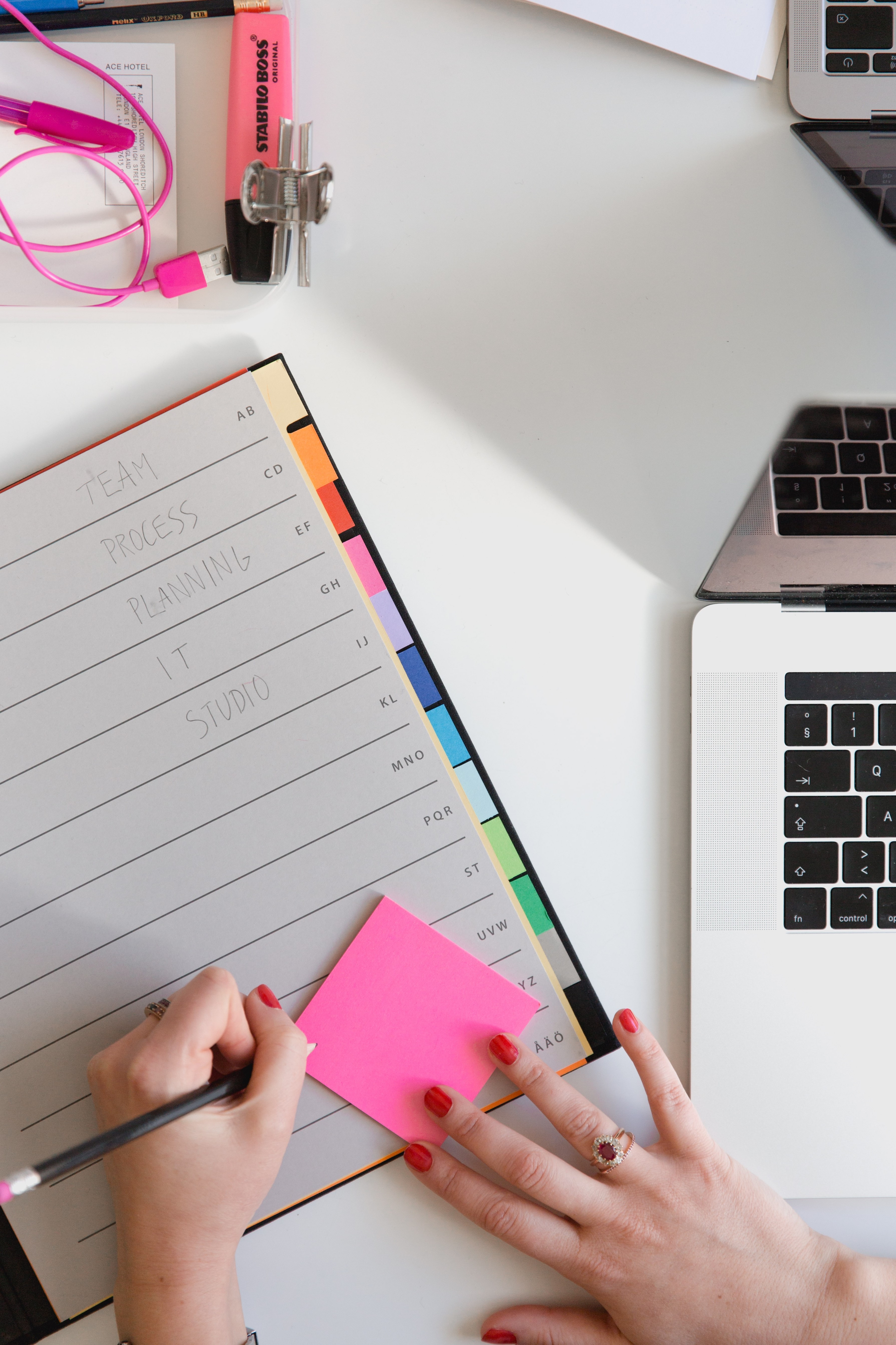 I run online courses to teach people how to let go of self-sabotaging habits, thoughts, and feelings and begin to maximize their potential at work, in relationships, in sports… You can begin the Thought Engineering course as a free trial to determine whether you feel it could help you with your mental stumbling blocks. I’d love to have you onboard!

Practically everything we do is habitual. We follow programmed patterns of behaviour when we brush our teeth, tie our shoelaces, go to work, the gym, the pub… We learn a sequence of steps for a certain outcome and then we stick with it.

But of course, there are good ones and there are bad ones. This article looks at how habits are formed and explains a simple process to reroute unwanted behaviours and install some more desirable ones. 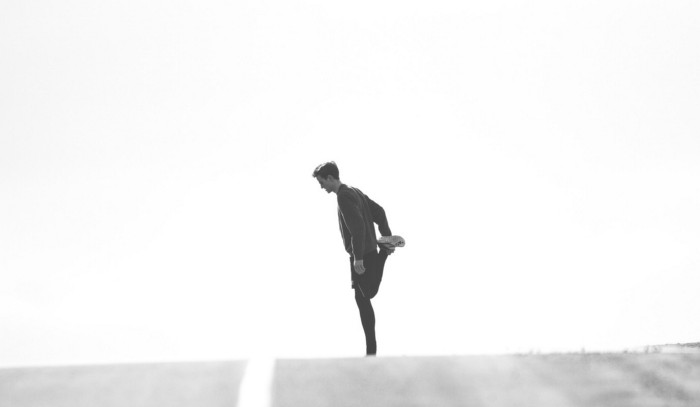 The first few times we do something, our conscious mind is active throughout the entire process. However, once a pattern has proven itself successful a number of times (i.e. when it’s learned), the cognitive functions of the brain virtually shut down from the moment the process is triggered until it’s complete. In the case of a “bad” habit, this would be the point at which we kick ourselves.

This cycle is known as the habit loop (Charles Duhigg: The Power Of Habit) and it consists of three elements: 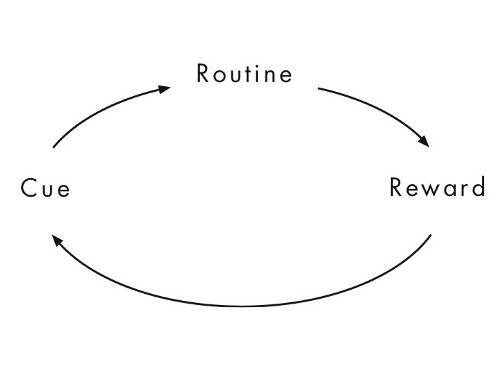 The cue is the thing that triggers the habitual behaviour. It could be a negative emotion like loneliness, boredom or stress. Or, it could be a certain situation, a group of friends, the time of the day etc.

The routine is the habit itself: the biting of nails, smoking of cigarettes, or walking over to the fridge and eating a massive lump of cheese (just me?).

The reward could be anything pleasurable. It might be as obvious as the physical stimulation of nicotine or sugar (although, even if that’s a part of it, there is very often more to it than just that). It could be connected to a feeling of acceptance, belonging or achievement; or it could simply be an excuse to get away from your desk.

Once a habit loop is ingrained, the mind begins to anticipate the reward as soon as the cue is perceived. When this happens we get tiny hit of a pleasure hormone called dopamine. Essentially, we get a taste of the reward before the action is completed; just enough to key us up, but not enough to satisfy.

So, if a cue is encountered but not shortly followed by the routine and reward, we experience a sense of longing or yearning. We have a craving.

It’s this that keeps a gambler glued to the slot machine for hours, and what can motivate a drug addict to do all manner of unthinkable things in order to get their fix.

Of course, habits get ingrained as the loop repeats. The more we receive the reward after the routine, the more we anticipate it when we next encounter the cue, and the more pervasive the habit becomes.

What makes something like gambling or drug use so terribly addictive is that the routine itself can easily manifest another emotional cue immediately afterwards. Once a drug addict starts coming down, or the gambler loses money, they’ll often experience the very same negative feeling that cued their last indulgence… and so it goes on.

How to break a habit:

In theory, breaking an unwanted habit is simple. Unfortunately, that doesn’t exactly mean that it’s easy in practice… but it is absolutely doable if the motivation is there.

Once you’ve identified the cue-routine-reward loop for your habit, as long as you keep the cue and reward the same, you can substitute in a new routine.

Here’s a summary of Charles Duhigg’s framework for changing an undesirable routine.

Let’s say that you eat more than you’d like when working from home.

The cue might not be immediately evident. Do you eat at a certain time of day? Is it worse in a particular place in your home? Do you find yourself mindlessly wandering to the kitchen and grabbing something only when you hit a tricky bit?

Habit cues generally fit into one of five categories:

To work out exactly what your habit’s cue is, keep a notebook with you and at the moment the urge presents, write down the answer to these five questions:

a) Where are you?
b) What time is it?
c) What’s your emotional state?
d) Who else is around?
e) What action preceded the urge?

The real cue will be the one that remains consistent as you tot up the examples.

Next, you’ll need to experiment with a few different routines (and therefore rewards). This is because the craving you are satisfying may not be as obvious as it first appears. Perhaps it is the simple rush of a sugar fix, but it could equally be the avoidance of a sense of inadequacy or incompetence, or simply a method of gathering your thoughts.

By trying out different behaviours over a period of time you can start to shed light on exactly what the loop is achieving. The idea is to find any other way to get the craving to subside (it’s often only partial or temporary relief at first, but that’s still the information you are looking for). 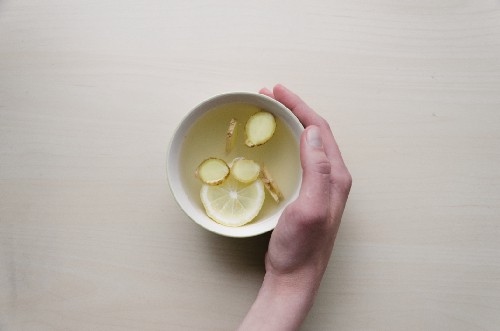 So, one day try drinking a glass of water or herbal tea instead. Another day, walk into a different room. Try doing some press-ups, singing a song, switching work tasks or calling your mum.

Each time you substitute in a new routine, allow fifteen minutes to pass and then test to see if the craving is still as strong. If it isn’t (or if it has gone) then whatever you did instead has satisfied the real craving.

You can also experiment with variations of the habit you want to break. Try quickly grabbing the usual cookie but immediately sitting back down and eating it while you continue working. If afterwards you don’t feel that same sense of satisfaction and you still want to get up and grab another, then maybe you’re not craving the sugar. Maybe you are really looking for a time out. The cookie is nothing more than a scapegoat.

Once you’ve identified both the cue and the reward, you need to make a plan. This should anticipate the cue and commit you to a new behaviour which will satisfy the craving.

Write your plan as an affirmation and keep it in a place where it’ll remain in your awareness (so pop it onto the fridge, or make it your desktop screensaver).

This is all it needs to say:

It takes a certain amount of commitment, to begin with, but it will continue to get easier as time goes on. I’ve read that it takes 21 days to set a new habit (I’m not sure how they came to that conclusion, but if we’re talking about a daily occurrence, then that may well be a decent guideline).

As soon as you have written your affirmation, visualize yourself encountering the cue and going about the positive behaviour. Do this five times, and then repeat the visualization once or twice a day, or whenever you see the written affirmation.

As far as your brain is concerned, imagining yourself do something is as good as doing it, so repeated visualization will act as a catalyst for the installing of your new habit.

Of course, you can use this understanding to set entirely new behavioural patterns. Just decide on a cue and reward and then sandwich them around your intended behaviour for a few weeks until it starts to happen automatically. 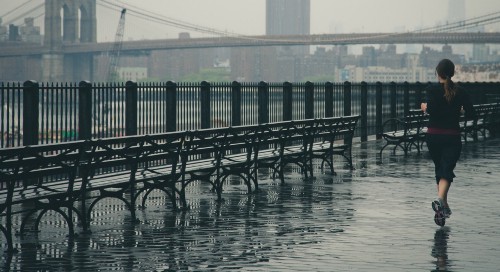 For example, to start running on Monday and Wednesday mornings, begin leaving your trainers out the night before (the cue) and then really commit to getting out there when you see them the following morning. The endorphins and feeling of virtuousness should suffice as a reward (or you could have a nice smoothie, I suppose).

The more times you do this, the more strongly you’ll anticipate the reward when you see your trainers waiting for you, and the less motivation the run will require.

One final thing to bear in mind:

It’s possible to effortlessly cease or change longstanding habits at pivotal moments in our lives because so many potential cues change. People sometimes give up smoking spontaneously when they switch jobs or move house, for example. Any significant upheaval in your life — marriage, divorce, a new baby, a new hobby even — renders your mind particularly open to the alteration of your habit loops.

This means that you can choose to find a silver lining in the next big upset in your life. Being made redundant could actually turn out to be one of the most positive things that ever happened to you, you just need to make the most of the window.

FYI, you can make me happy by liking this post. Thanks!

For an exploration of the psychology of self-sabotage (and how to take control), take a look at my book, Fight: Win Freedom From Self-sabotage.