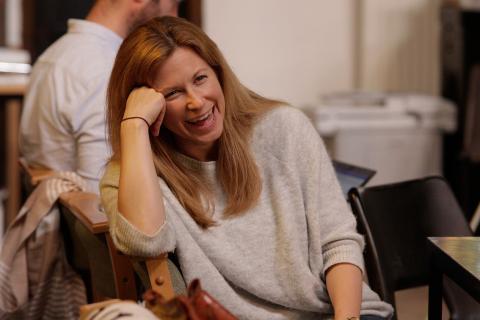 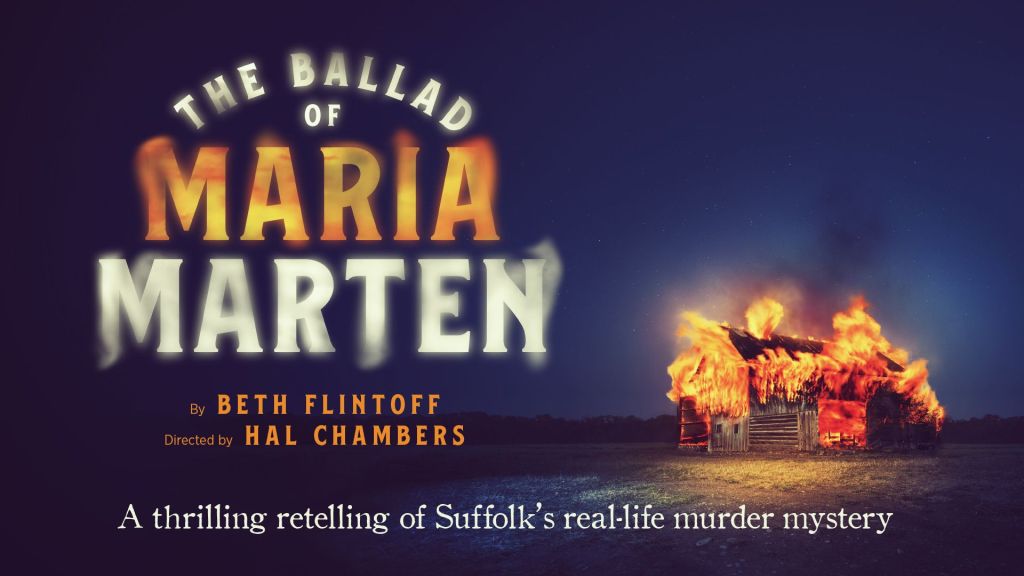 A thrilling revisionist retelling of a harrowing true crime, the critically acclaimed production The Ballad of Maria Marten will return on tour from 16 September 2021 – 9 February 2022. Featuring an all-female cast, this powerful production was inspired by the writer’s work with survivors of psychological abuse. The Ballad of Maria Marten is a feminist adaptation of the infamous ‘Red Barn Murder’; it sheds light on a complex tale of love, loss, prejudice, and patriarchal power.

Ahead of their opening we’ve spoken with the show’s writer Beth Flintoff about the importance of empowering women’s stories, her work with survivors of psychological abuse and why she’s excited to tour this production this autumn.

For those who many not be familiar with your previous work, could you introduce yourself?I’m a playwright and theatre director based in Hampshire. Originally, I trained as an actress, and I ran a small ensemble theatre company for a while with fellow acting graduates, which taught me a lot about the logistics of making theatre, especially new writing. Then I went to work at The Watermill Theatre for a while in the Outreach Department, which was an incredible experience. I was running workshops and youth theatres, and creating shows to tour schools and village halls. It was there that I started writing as we needed very specific plays for our youth theatre. After 7 years there, I began to be offered work as a writer outside of The Watermill, so I took the plunge and went back to being freelance about 5 years ago. Since then, I’ve been lucky enough to have many writing commissions, chiefly working on historical plays, often connected to a particular time and place.

What can audiences expect to see from The Ballad of Maria Marten?It’s an 1820s murder story, but it’s told from the point of view of the victim. There’s no violence or bloodshed, because she wants to tell us what she was like before the murder made her famous, and how it happened. So the play becomes a story about a group of young women growing up together in a deeply traditional, remote rural village in Suffolk, all trying to make their way in the world in different ways. There’s a lot of love, laughter and singing as well as the sadness about what happened to her in the final months of her life.

In the past you have worked with survivors of psychological abuse. How has this work influenced this powerful production?Maria seems to have been in what we would now call a relationship of coercive control. William Corder, her partner, made her believe that her friends didn’t like her anymore, and that she was going to be outcast, even arrested. He isolated her, stole from her, and then suddenly turned violent. I don’t have experience of an abusive relationship, but I was lucky enough to collaborate with Lighthouse Women’s Aid in Ipswich. I ran a series of workshops with an incredible group of women who had all survived abusive relationships. The sessions were a revelation: full of laughter with occasional tears. The time I spent at The Lighthouse completely transformed the writing of the play, and as a result I decided not to include the character of William Corder at all, nor to show any violence onstage. I wanted to focus on what Maria was, rather than what had been done to her. And I wanted anybody who has experience of this to be able to come and see the play safely, without finding it deeply triggering.

Not only is the show a feminist adaptation of the infamous “Red Barn Murder”, but it will also be performed by an all-female cast. I think it’s so incredible to see a new production amplifying female voices and giving their stories a chance to be heard.

Why do you feel it is so important for writers to continue telling these stories as we move towards a post pandemic world?On average, two women are killed every week by their partner or ex-partner in this country. During the first three weeks of the pandemic, 11 women died at home. Yet still it is very frequent for press and social media reports to focus on the perpetrator’s story, rather than that of the victim. I feel increasingly that this story is not about the past but the present: how are we going to let women speak for themselves when there is so much history of being ignored? And as a writer, I actually feel lucky that there are still so many stories to tell. History plays from the point of view of disenfranchised or marginalised people can be so rich and exciting; we are not done with history yet, and I think there is a lot more to come.

We know the arts industry still have so far to go in terms of closing the gender gap, but productions like this are leading the way towards a truly positive change. Every time a woman stands up and makes her voice heard, we take a step forward so I would really like to say thank you to you and the team for creating such an empowering production.

I know so many young writers are going to be inspired by your work, but was there anybody in particular who inspired you to find your creative voice?Sometimes all you need to be a writer is an idea and a deadline. I always had ideas but lacked confidence. I was very lucky at The Watermill to have two colleagues, Ade Morris and Hedda Beeby, who encouraged me to write and gave me those deadlines. They were (and continue to be) selfless champions of other artists. When you have a group of people turning up to rehearsals pretty soon, you simply have to finish the next draft!

What message would you give to an aspiring female-associating writer looking for a little advice as she finds her feet in a daunting industry?I always advise people to read lots of plays – I once read one a day for a hundred days, and it really helped me work out how I want to write, and the sort of writer I want to be. Sometimes you hear stories of writers saying they wrote a play in two days, on a bus something – I would like to reassure any aspiring writer that it’s almost always not like that! Don’t worry if the first draft takes you ages, and is still a bit ropey. Just do another draft, and then another one. Don’t show anyone that first attempt; wait until you’ve done another draft; then wait again until you’ve done another. Plays take time and repeat attempts, and that’s ok.

After a year of theatre closures and cancellations, how does it feel to be preparing to begin welcoming audiences back in to see your show?Wonderful! I have missed being in a room with other artists, and I can’t wait for that feeling of telling a story together. I heard that an audience’s hearts start to beat at the same rhythm when they watch art together – I can’t wait for the connection that you feel in a theatre, the immediacy, the sense of belonging. It’s been too long.

The Ballad of Maria Marten will begin touring the UK from 16th September. For more information or to book your tickets head to the Maria Marten website, or the individual theatres website.