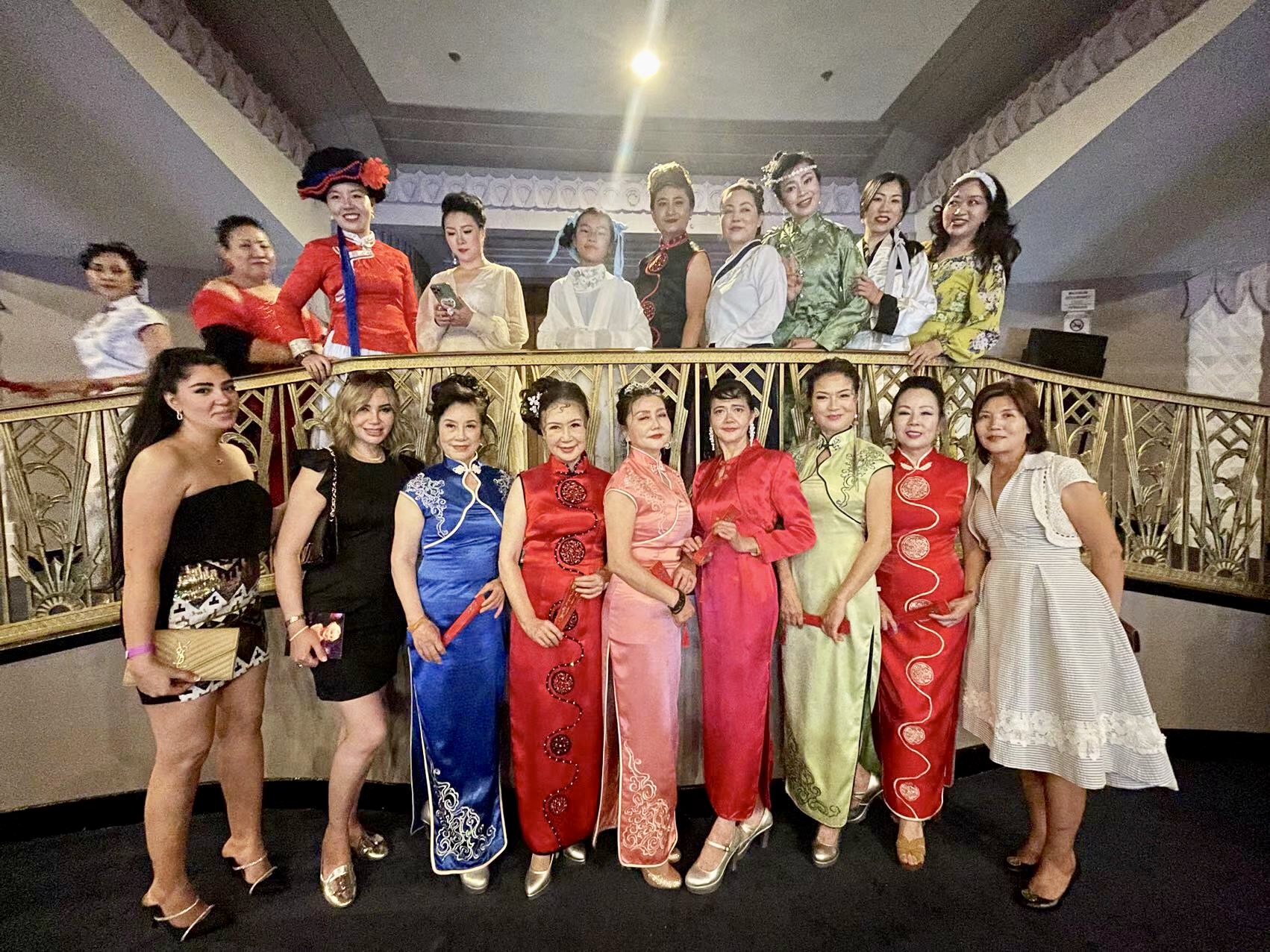 The approach of midsummer brings more hope and good news throughout the year. Maeya Culture Ambassador from Maeya Group, a representative of multiculturalism in the United States, was recently invited to the French Medal of Achievement ceremony on May 25th at the Saban Theatre in Beverly Hills. The Saban Theater, a historic theater in Beverly Hills, was listed on the National Register of Historic Places. Opened as the Fox Wilshire Theatre on September 19th, 1930, it has been one of 20th Century Fox's movie premiere theaters for decades and is a classic Los Angeles landmark. It is a great honor for the Maeya Group and Maeya Culture Ambassadors to attend the ceremony of the French Medal of Achievement at the Saban Theatre. 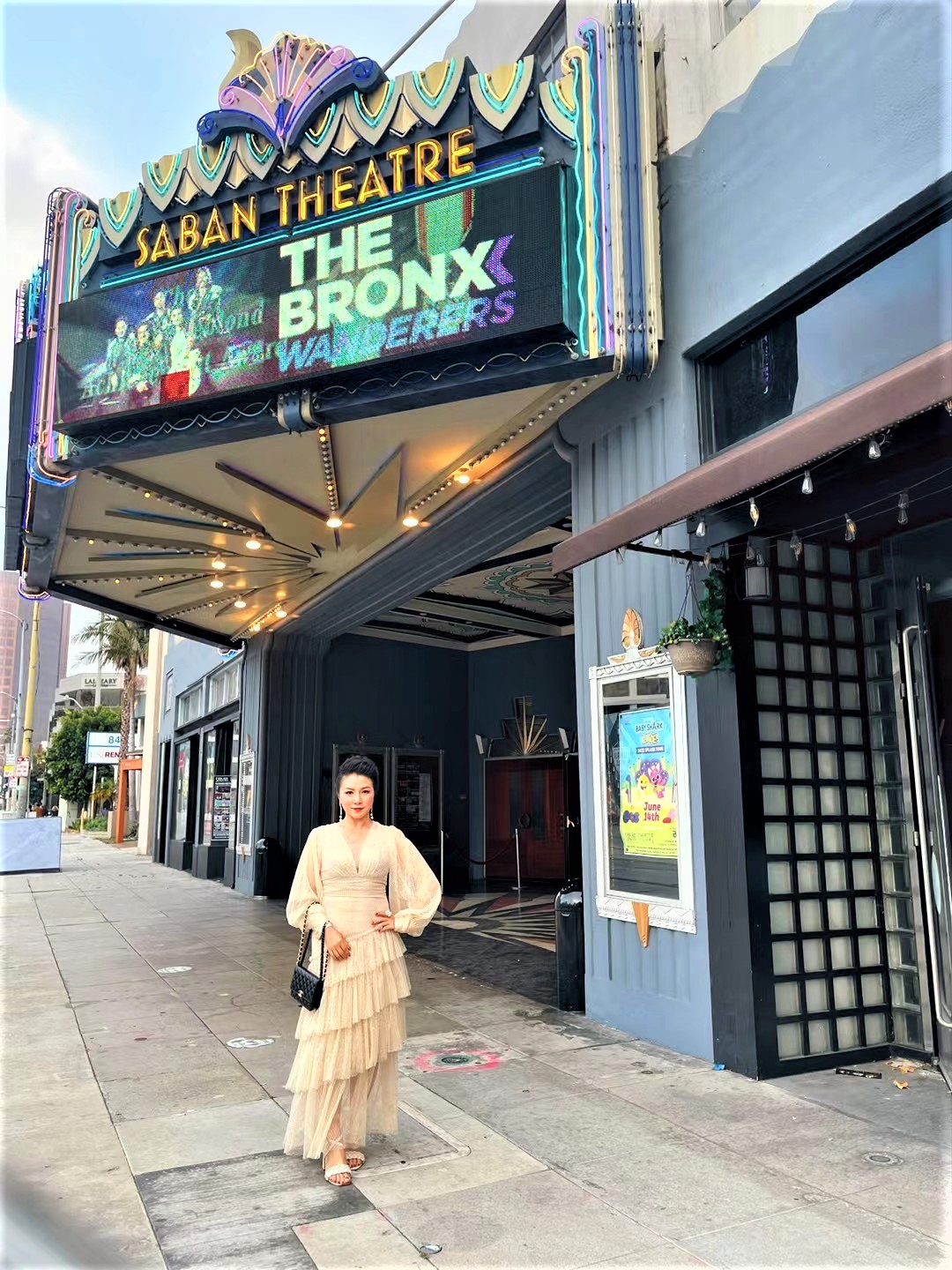 Ms. Josette LeBlond, the founder of The Normandie Brand and owner of the Normandie bakery and restaurant, is one of the leading French chefs in the Los Angeles area who received the Medal of Achievement from the French Government. The Normandie Brand features a diverse menu, including popular French dishes, pastries, and classic French Pâtés. As a representative of French food culture, Ms. Josette has been recognized and rewarded by the French government for her outstanding achievements in the international market. This coincides with the idea of "spreading the beauty of the nation and the beauty of culture" represented by the Maeya Cultural Ambassadors. Maeya Cultural Ambassadors also hope to use the platform of this ceremony to display the beauty of Chinese clothing culture, and to communicate with friends from all over the world. 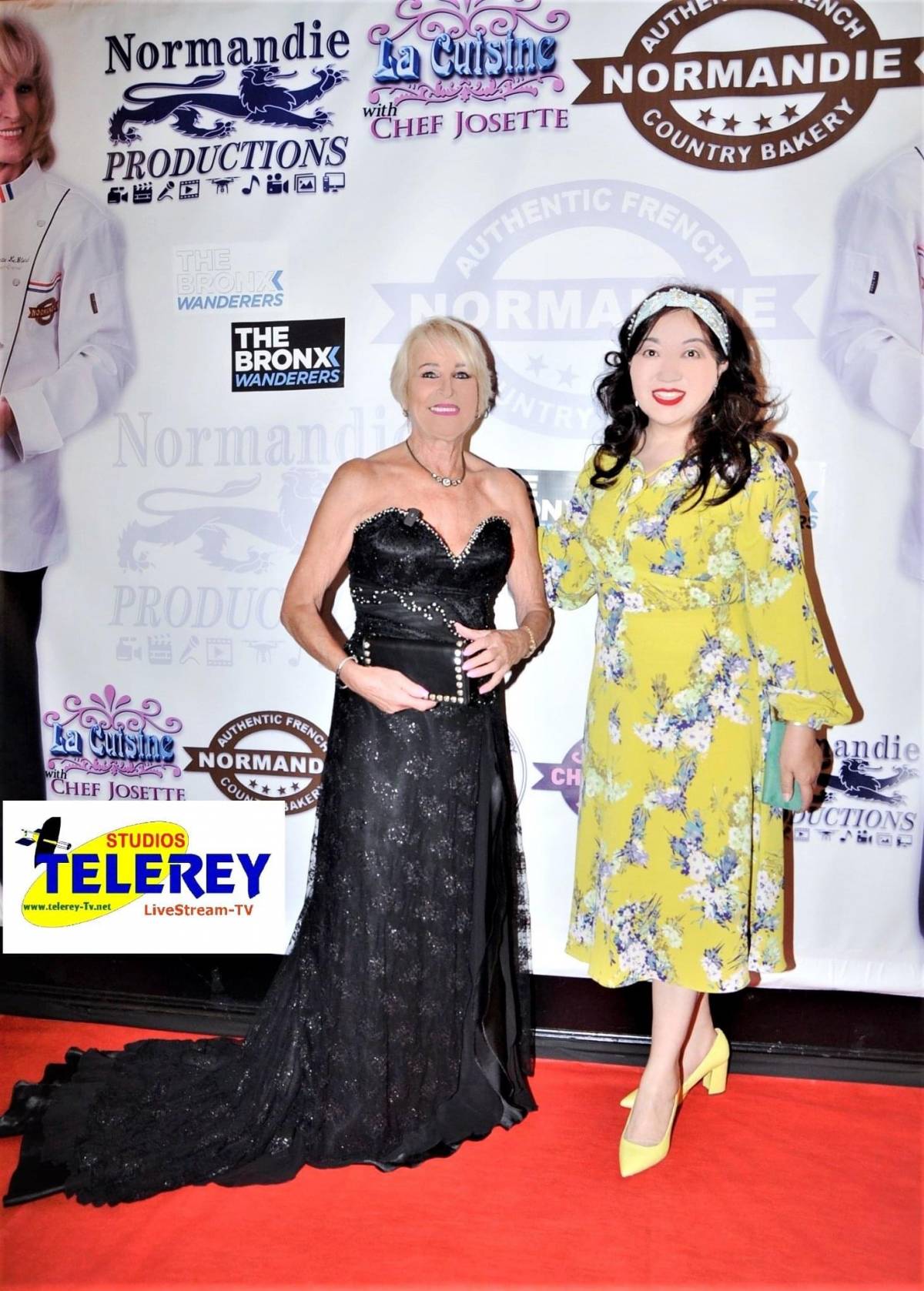 On the day of the event, the Maeya Culture Ambassador team came to the event site for rehearsal in advance, hoping to show the most beautiful and outstanding side of Chinese culture to everyone who came to the ceremony. The Maeya team prepared a number of Chinese clothing representatives, including Qipao, Tibetan robes, Hanfu, Mosuo clothing, and Miao clothing, for on-site display, and arranged corresponding dances to show different clothing categories.

The Qipao was designed by Lucy Zheng, a famous Chinese designer. Ms. Zheng, a graduate of The Beijing Institute of Fashion Technology, has more than 10 years of experience in the fashion industry in China. She was invited to the United States to start her career as a designer. The ceremony featured two new Qipao series from Ms. Zheng, one is Auspicious, and the other is Reunion. The Auspicious Qipao series incorporates a new creative concept in the form of traditional Qipao. The embroidered diamond pattern on the shoulder is inspired by the ancient Ruyi moire pattern, which not only added a lively sense of design but was also gorgeous and elegant. The design inspiration for the Reunion Qipao series comes from the red lanterns hanging everywhere during the Chinese New Year. Frontal design changes the style of traditional oblique lapel multi-buttons, which is more fashionable by the gentle and smooth diamond sticking curve with the round embroidery pattern. The professional Qipao display models, dressed in Qipao of two series from Ms.Zheng, stepped on the red carpet of the ceremony, which truly reflects the modern beauty of Chinese traditional culture, walked at the forefront of the international fashion event, and presented the long history and profound connotation of Chinese national clothing culture to social celebrities from all over the world. 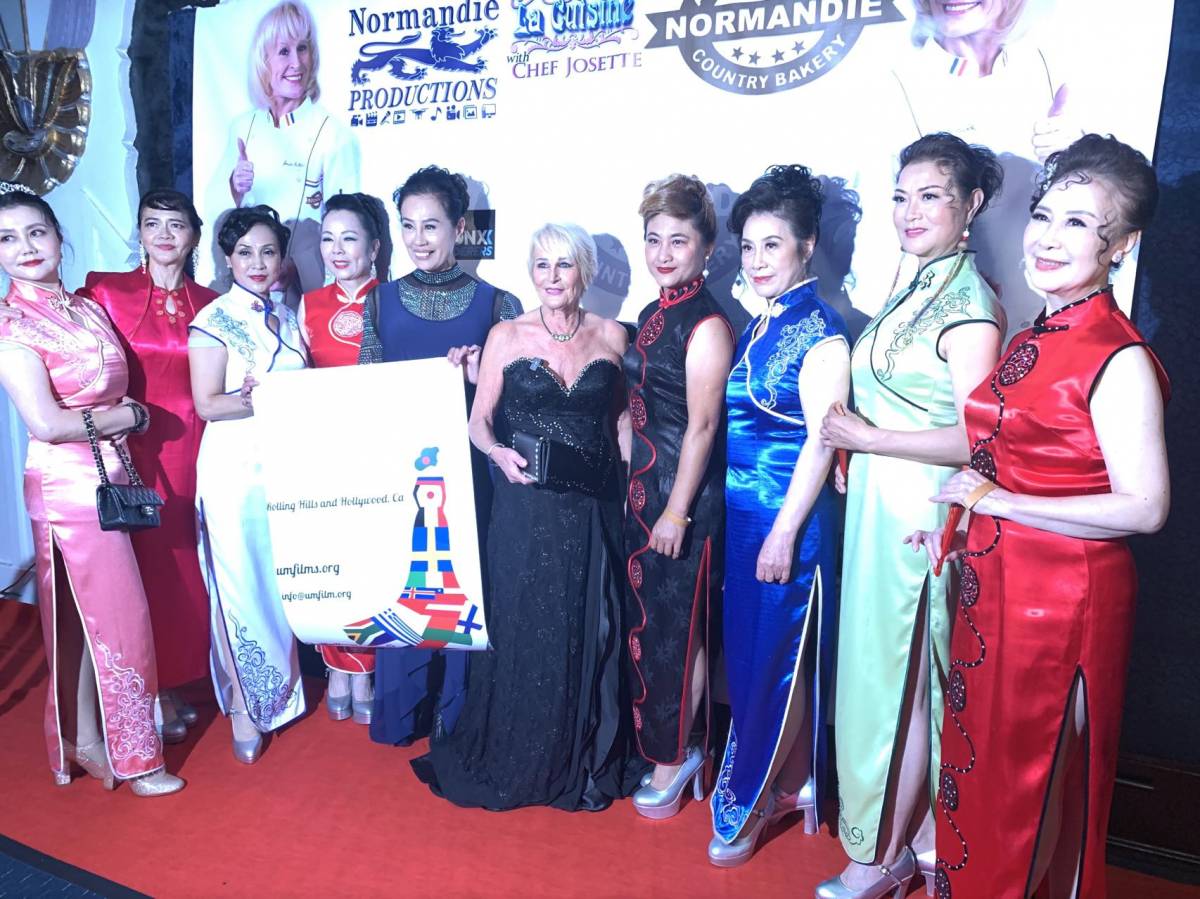 On the red carpet before the ceremony, the Maeya Culture Ambassador team won the attention of everyone in the audience. Countless Hollywood celebrities took the initiative to take a group photo with the Maeya Culture Ambassadors dressed in Qipao, Tibetan robes, Hanfu and other national costumes. The moment the team set foot on the red carpet; it was also warmly welcomed by Ms. Josette. Being invited to participate in the award ceremony that is extremely glorious for Ms. Josette truly reflects the brand of Maeya Group and the influence of Maeya Culture Ambassador in the local and international fashion circles in the United States. Maeya Group has always insisted on promoting national culture to each corner of the world through different social platforms, so that more people can understand the beauty of China's national clothing culture, China's traditional culture and China's classic handicrafts.

Members of the Maeya team also wore embroidery masks produced by Maeya Fashion and displayed them at the ceremony, eager to embody the perfect products of silk culture, embroidery culture, and even the beauty of classical culture and modern application in Chinese clothing through high-end fashion products. Affected by the epidemic, demand for masks has reached a peak for the first time in the past few decades, and the timely launch of silk embroidery masks by Maeya Fashion has been welcomed by local fashion circles in the United States. In the future, Maeya Fashion plans to launch more works by excellent Chinese designers like Lucy Zheng, and some embroidered clothing has also made initial samples for market testing. It is believed that many cultural brands under Maeya Group will shoulder the important task of spreading and exchanging the beauty of world cultures, eventually build a high-end cultural exchange platform and help everyone who loves culture and beauty to learn about each other. 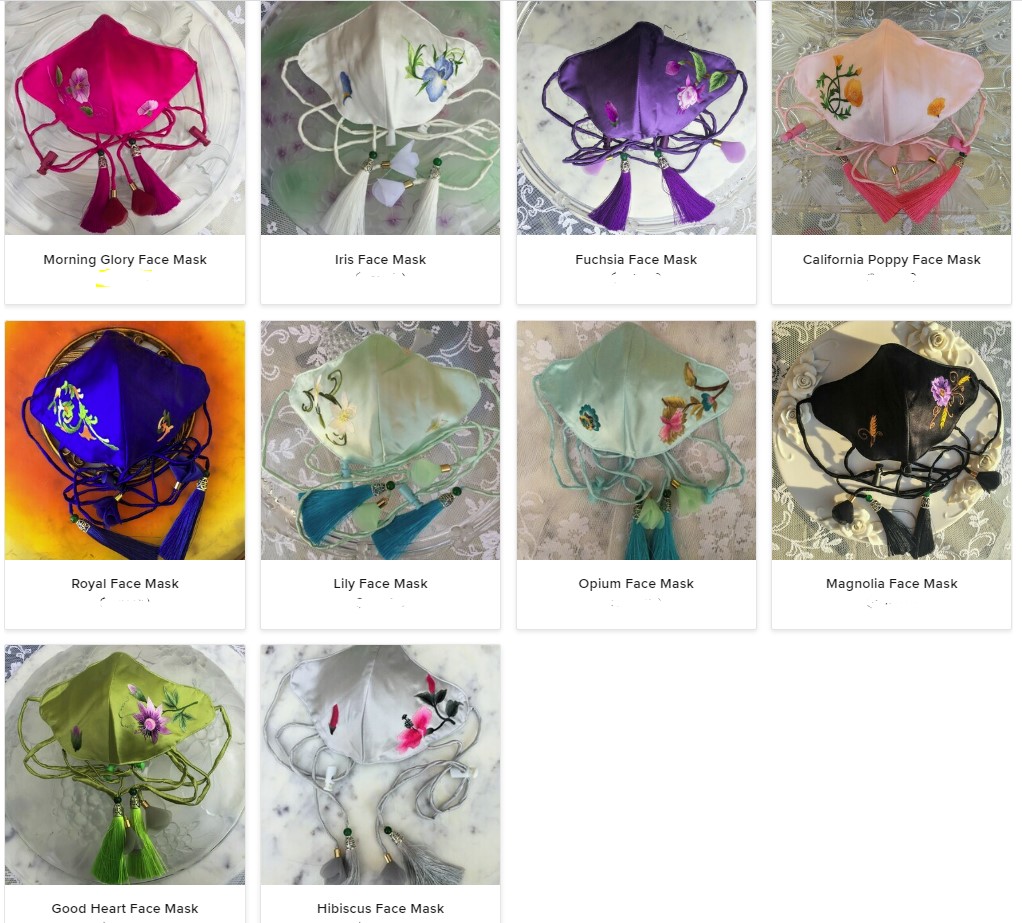 The ceremony was a complete success witnessed by all members of the Maeya Cultural Ambassador team, and Maeya Group once again demonstrated its excellent national costume works to the world. It is believed that in the future, more international events will invite Maeya team, and Maeya Group is also eager to have more excellent works to go to the world through its own platforms. 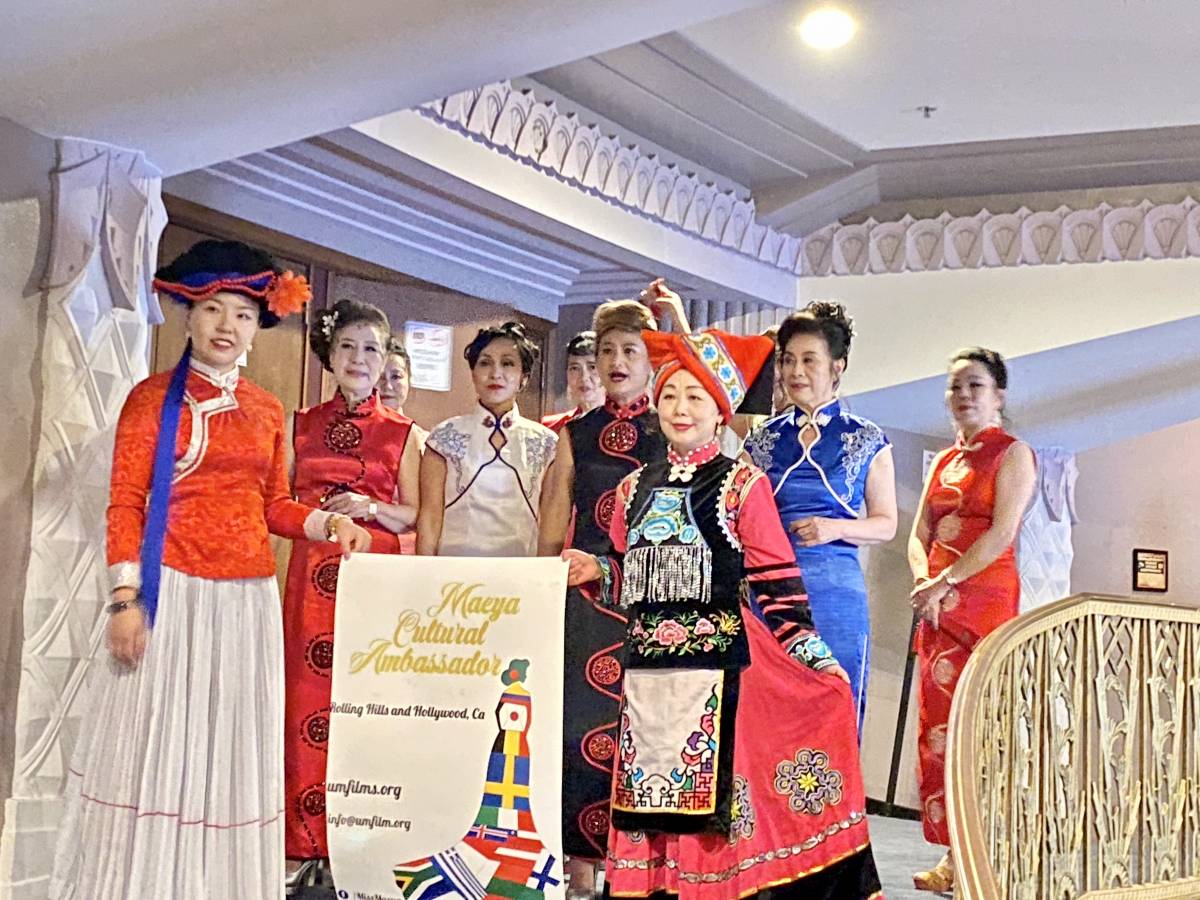