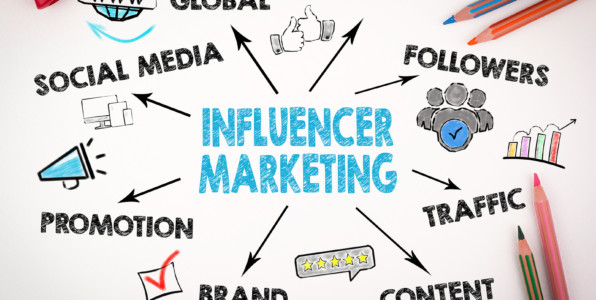 Sometimes it’s nearly impossible to filter through the noise on Twitter. Every second, on average, around 6,000 tweets are tweeted on Twitter, which corresponds to over 350,000 tweets sent per minute, 500 million tweets per day and around 200 billion tweets per year.  Yes, Twitter may seem like it’s crowded, but it’s not saturated as Instagram has been over the past year with Influencer Marketing.

What is Influencer Marketing?

To simply answer that question the old definition would be that it is a collaboration between brands and a select number of either “experts” in a particular field or celebrities/athletes who have a large following on social media.  Today it’s more about engagement than the large following. When a company is smart enough to evolve with the market by introducing new features and making game-changing updates, you know they mean business. This also is true for today’s athletes who don’t understand what their true value is on Twitter.

Successful advertising used to be all about artistic creativity and financial muscle. In today’s world, it’s all about data, analytics, and  algorithms. Influencer marketing is a significant and fast-growing section of the social media marketing industry. Brands have been hit hard due to Covid-19. We are going to see them pinch every penny and demand the most ROI. Influencer marketing is far more efficient, data driven and quick. It’s also the most economical way to get production quality content and large-scale distribution at a fraction of the price.

Twitter just rolled out 2 tools that can help with influencer marketing:

1) On the app, they just released voice tweets. Here is where you can record a tweet without typing it.  They are allowing you up to 140 seconds of audio-  This feature could be great for podcasters, authors, athletes, and even brands.  But how and who will actually use it remains to be seen.

2) On the desktop you can now schedule your tweets.  Just like Facebook has this feature for it’s business pages, the difference with this is that you don’t need a business page to be able to schedule tweets.  This can be used for just about anyone- especially influencers.

( read the rest by clicking the  marketing link)