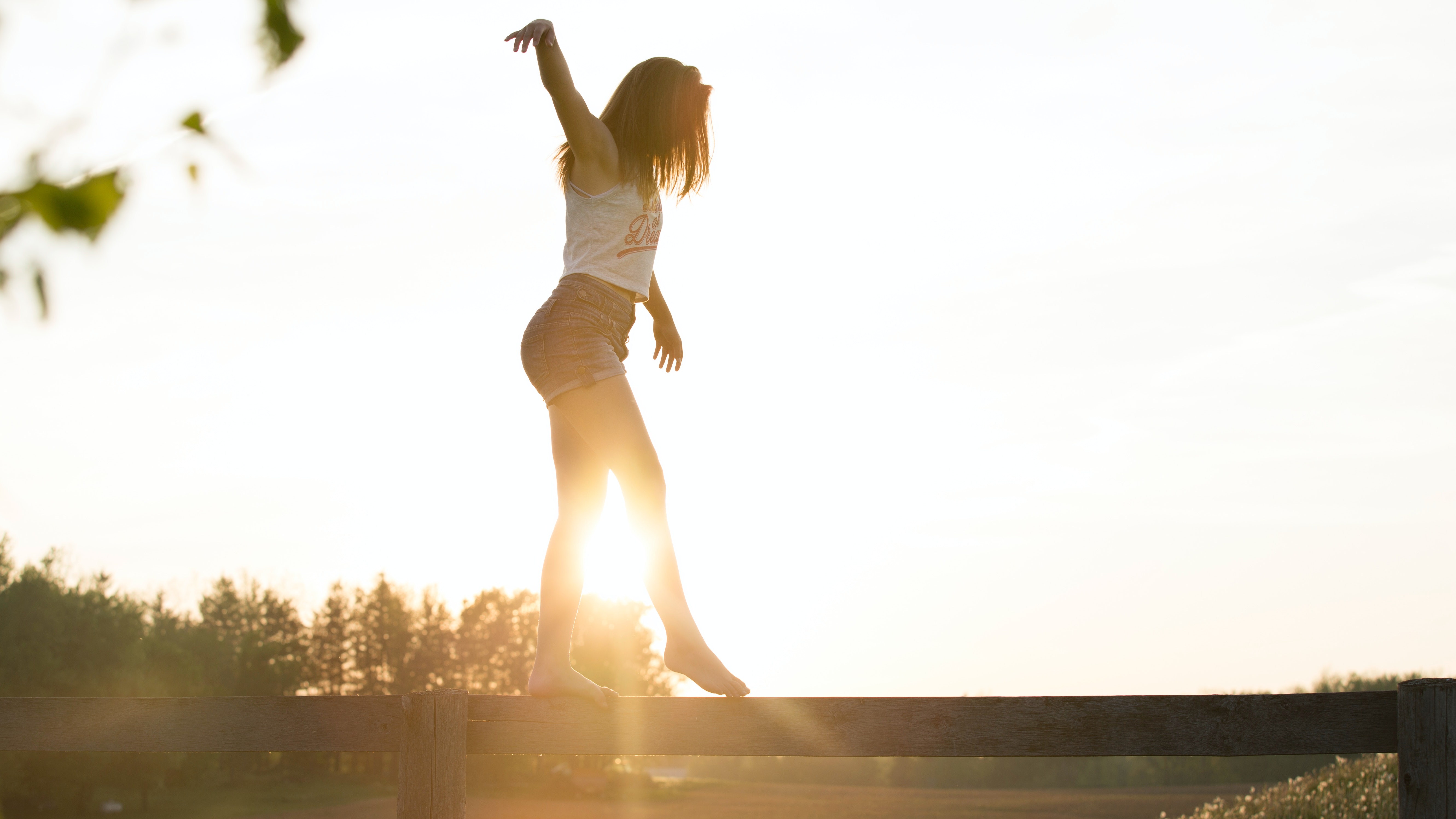 Last summer, while attending one of my yoga studio’s yoga classes in the park, I was prompted to set an intention for my yoga practice, and I decided on “living my truth.”

For anyone who doesn’t know what a yoga intention is, it’s essentially what you want to focus or meditate on during class. I’ve heard instructors call it “the reason you stepped onto your mat.” Did you come to your mat looking for tranquility? Balance? Peace? Movement? No matter what it is, that’s your intention for your practice (in case you’re looking for even more beginner yoga knowledge, I described some basic yoga concepts in this post here).

I was in a moment where I felt like a big life transition was coming. I had been working from home for several months, I was getting my coaching certification, and I was trying to figure out what I wanted to do with my life. I needed some guidance. What could be better than asking the universe for guidance that aligned with who I was, and even more importantly, who I was becoming.

I had a poignant moment weeks later when I started talking to the startup company that I work for now — I realized that working for them would be living my truth. Small, hip startup, out of the corporate world, where I would be creating content and marketing materials as well as countless other things, this just aligned perfectly with who I am as a person. 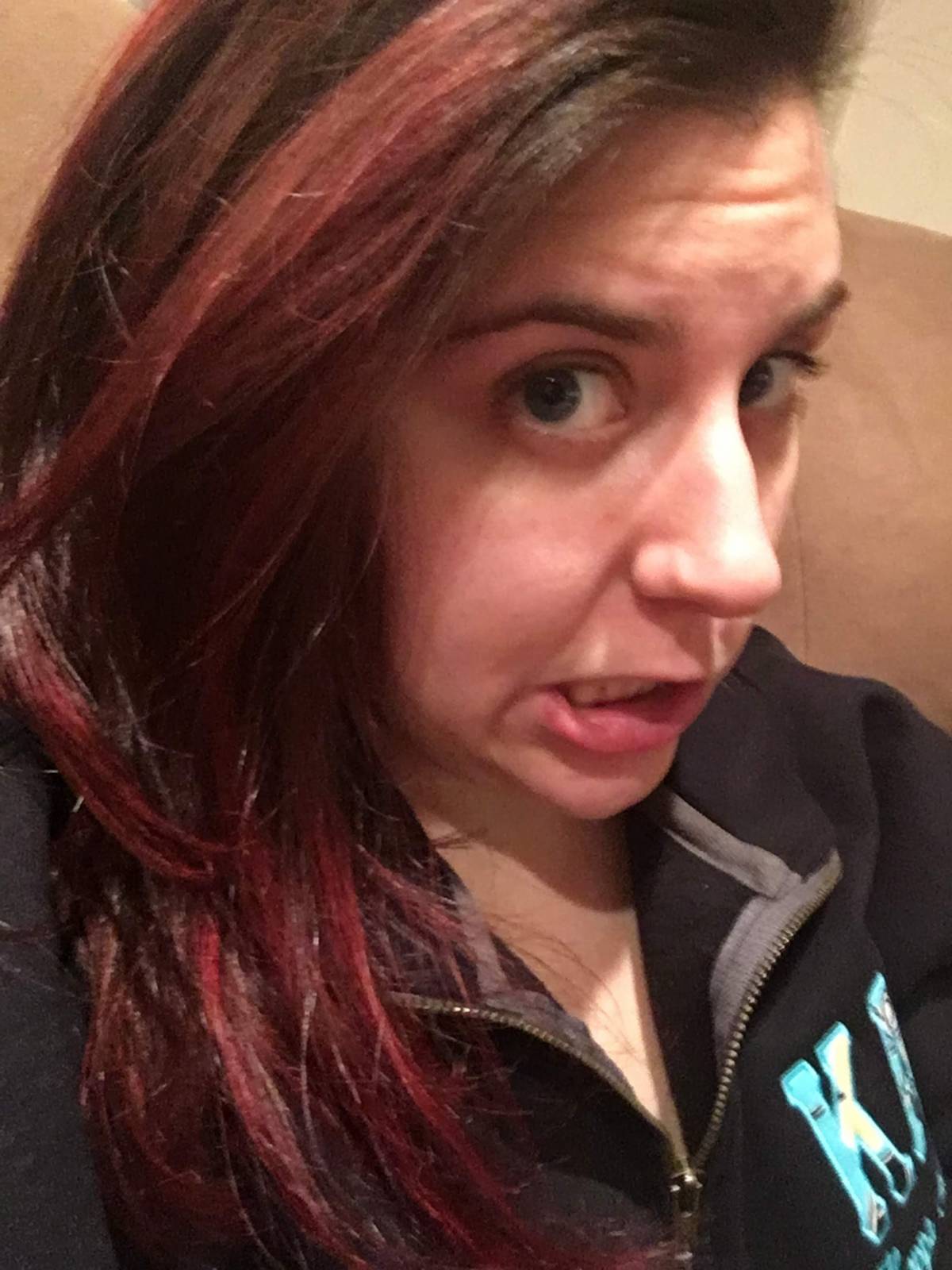 Living my truth means working for a company where this personality picture is my "bio" picture and we all get to be our quirky selves.

Since then, I’ve almost taken on this idea of “living my truth” as my creed. When making difficult decisions, big or small, I sit back and ask myself, “Does this align with my truth? Will this help me be more myself/more of who I’m becoming?”

It may sound cheesy, but honestly, decision making this way has become super valuable for me as someone who prides herself on self-awareness. As I’ve written before, we often outgrow our comfort zones as we grow into who we’re becoming and things that go against our core values can make us uncomfortable. So now, if something’s making me uncomfortable, I try to see if that’s because I’m moving away from myself and my beliefs.

I even wrote about how I realized that graduate school wasn’t for me because being super enthusiastic is part of my brand, and I wasn’t entirely enthusiastic about graduate school. Graduate school in general was going to be more work and sacrifice than I wanted to do and more than would be normal for me, but also being unenthusiastic was a red flag. Recognizing that something isn’t on-brand for me has helped me to come closer to living my truth.

This is even how I decided to get back onto birth control. I stopped using it for a bit to see how my brain and body would react (and also because I had friends who were reveling in their post-pill lives). One of them even said “it just feels great allowing my body to do what it naturally does.” This statement sparked something in me. As a staunchly childfree person who doesn’t really care if her reproductive organs are working the way that they should, and someone who doesn’t like periods or acne, her statement didn’t ring true for me. Sure, I wanted to honor my body, but it was far more on-brand for me to be on birth control. Not necessarily that it was more on-brand for any childfree person to be on birth control, but for me personally, it is just who I am: The Girl On the Pill.

That being said, I think that this way of thinking can easily trap us if we don’t allow ourselves the ability to grow and change if we’re so caught up on who we are right now. Several years ago, I remember going out shopping and seeing something in a clothing store that I liked. I don’t remember what it was, but I thought “damn, I wish I was the type of person who wore this.”

YOU define your brand, which means who you are can change at any time. Only you decide who you’re going to be and how to move closer to living your truth.

The one caveat to all of this is to not get stuck on superlatives! Identifying yourself as anything with relation to other people can be a dangerous game because no one is the same and people are always changing. If you pride yourself on being the prettiest person or the most intelligent person or the loudest person or the most interesting person in the room, you may be in for a rude awakening when you meet someone prettier, smarter, louder, and more interesting than you. You can define yourself any way that you like, but using superlatives can lead to feeling resentful of others and like you are not good enough. You can identify as any of those things without identifying by their superlative and then suffering the subsequent identity crisis when someone surpasses you, just don’t get hung up on those superlatives!

If you’re like me and overthink every decision in your life (primarily because you feel like every decision must follow a pattern and mean something even if it really doesn’t), trying to weigh your decisions against who you are and your truth can be a helpful tool. Sometimes, doing what will be best for you in the long run isn’t apparent, but if you keep who you are and who you want to be in mind, the decision might become clearer.

This post was originally published to my personal blog at http://buffalosauceeverywhere.com/2021/05/05/living-my-truth/

Photo by Sebastian Voortman from Pexels