The Kardashians and Body Dysmorphia 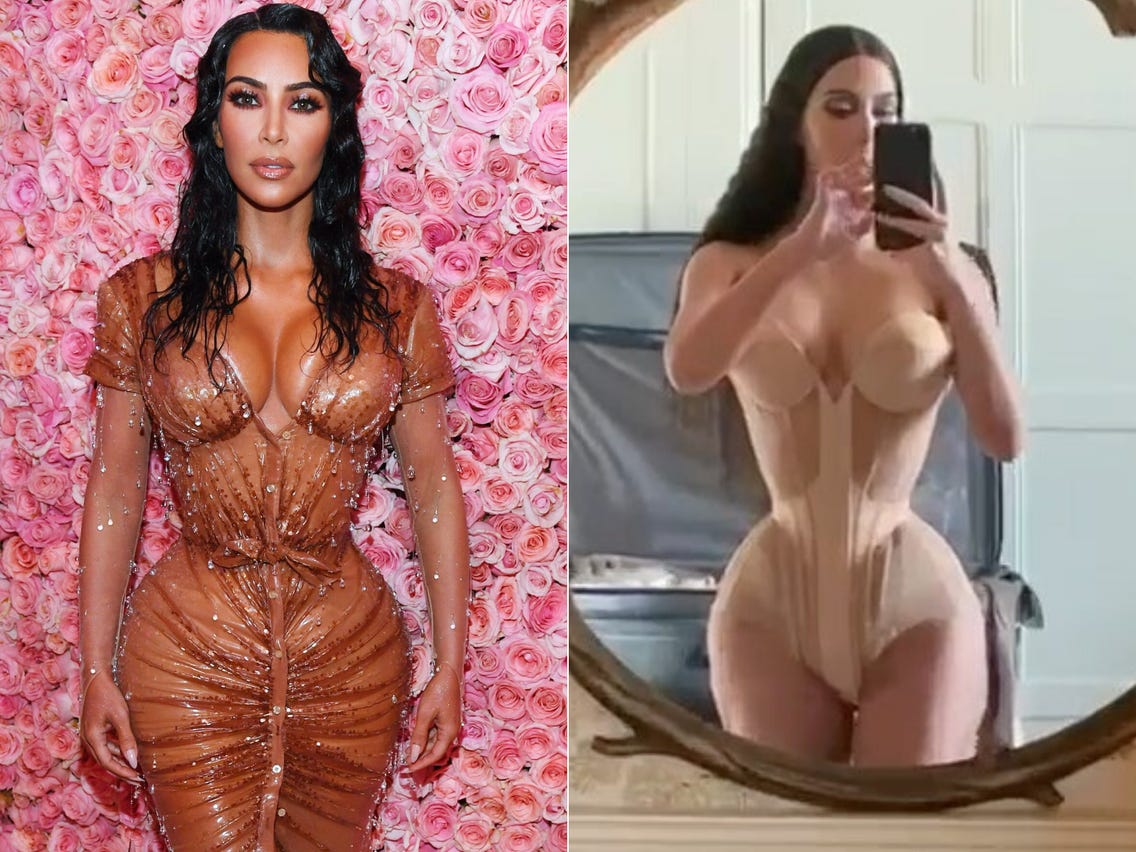 Kim, Kourtney, Khloe, Kylie, and Kendall- 5 women from the same family that have hundreds of millions of followers and are known as some of the world’s most influential celebrities. Women of all ages and backgrounds seem to be fascinated by the fabulous and luxurious lifestyle that comes along with the KarJenner clan. As trendsetters with such an enormous impact on the general public, many females aspire to embody their fashionable style and their famed bodily figures.

According to the National Institute of Mental Health, about 1 in 5 women have endured/face an eating disorder and about 70 million individuals suffer from one worldwide- an eye-widening number! Furthermore, the National Eating Disorder Association (in the US) claims that about 7 in 10 women express to experience/have an increase in appearance/beauty anxiety and a decline in body confidence due to media and the beauty pressures enforced within it alone. One cannot help but compare themself to the “perfection” overwhelming their feed. These unrealistic expectations portrayed so effortlessly on social media can and do have detrimental impacts on people-causing drastic and unhealthy lifestyle changes both physically and mentally. A woman may start to starve and overwork herself and still feel like she is falling short of what she is “supposed to look like”/ what is beautiful. In fact, the National Eating Disorder Association also highlights how 9 out of 10 women will actually put their good health aside and skip meals when they become insecure about their bodies. Society has become fixated on correcting any imperfections by any means necessary. Not to mention, editing apps like Facetune are utilized to hide any flaws and make one look almost like a stranger to oneself after a few fixtures of blemishes here and there.

With the spotlight continuously on them, even the Kardashians and Jenners cannot escape the need for the use of photoshop and editing apps- even despite having a whole glam team, personal chefs and dietitians, plastic surgeries and the world's best beauty products at hand. Such measures taken by even those who are idolized for their appearance and spend so much time trying to look good emphasizes how impossible and unrealistic the standards to achieve attractiveness have become. The Kardashians undergo intense scrutiny and have no choice but to deal with immense criticism and hatred- especially when photoshop fails in pics come to light or when caught looking a little rough. The news spreads like wildfire across social media platforms and apps such as Snapchat- which has news outlets such as DailyMail- headline with the fails or unflattering pictures for clickbait and convey the news in a mocking and shaming manner within the articles.

An example of an image showcased in the DailyMail article on Snapchat regarding photoshop fails. 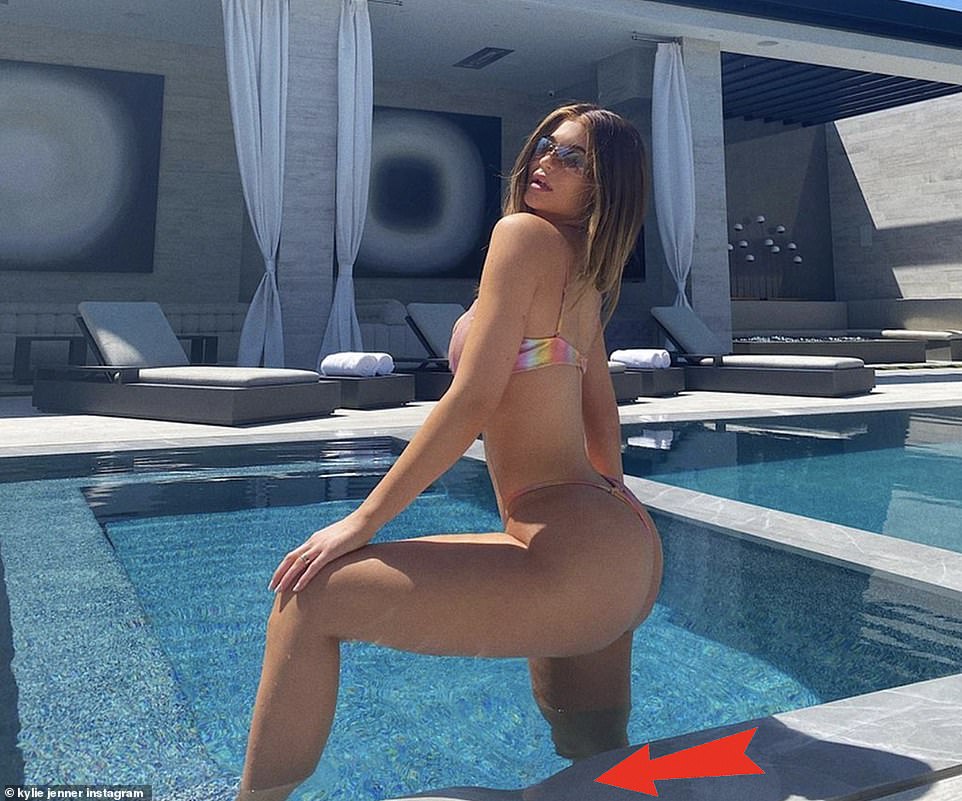 Kim K and Her Body Dysmorphia

Kim Kardashian has opened up about possibly suffering from body dysmorphia in an episode of Keeping Up with the Kardashians when freaking out about unflattering pictures taken of her in a bikini without her knowledge when she was on vacation. Body dysmorphia- according to Johns Hopkins Medicine- is considered a mental health issue that involves being extremely unhappy with one's body (such as one's skin, size, size of the nose, etc) and the flaws one notices becoming so overwhelming to the point that it affects the functionality of an individual. Women’s Health states how about one in 50 people could have Body Dysmorphic Disorder and how it is more common among women than men. In addition, those affected by BDD usually have other linking mental health problems along the lines of anxiety, depression, and eating disorders. The body-shaming and cruel remarks from the public, and the fact that she is watched 24/7 with no breaks (even on vacation) subjected Kim to having feelings related to body dysmorphia and desires to go into hiding. An environment where you are constantly judged against the world is undoubtedly likely to result in mental issues. 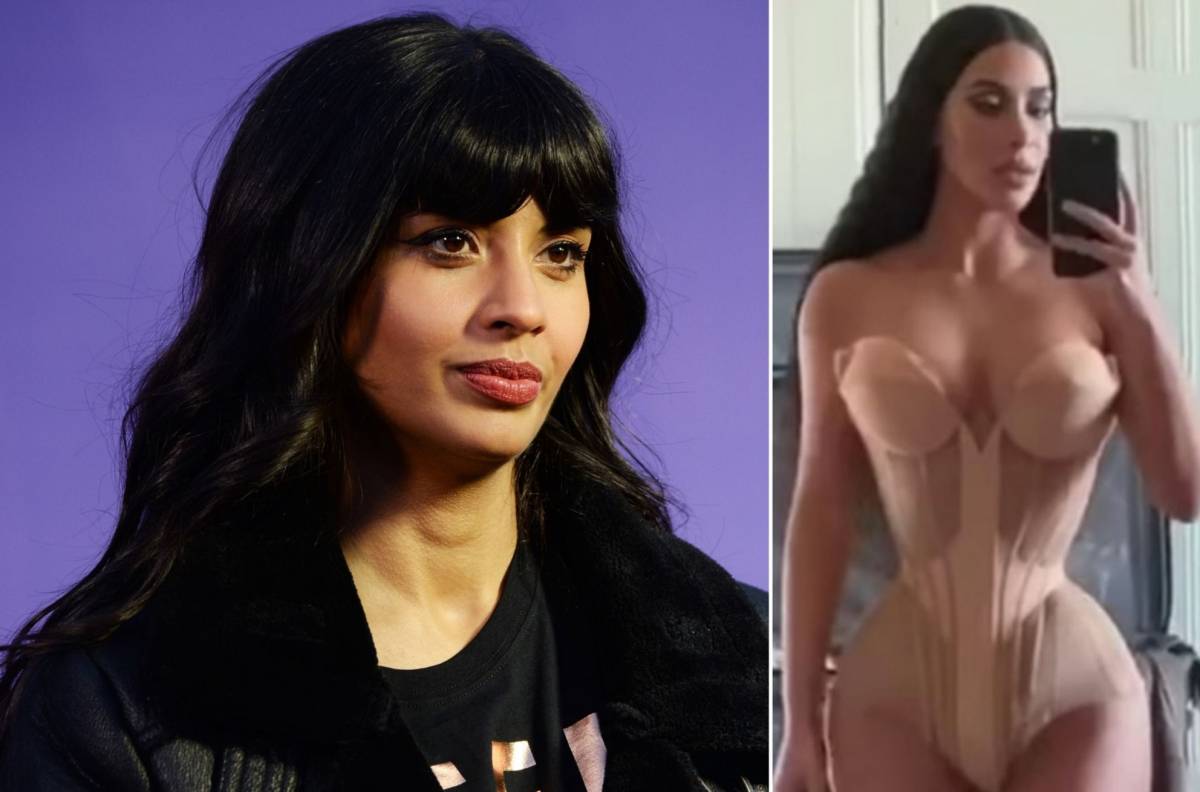 Furthermore, many people have made claims that Kim is dangerously obsessed with how her body looks and with attaining the ultimate hourglass figure. At the Met Gala in 2019, Kim wore a corset dress that snatched her waist to such an extreme, she couldn’t even sit down or go to the bathroom. Actress Jameela Jamil posted on Instagram about how she received thousands of DMs about Kim’s corset post and expressed satisfaction for her followers to be able to recognize how ridiculous and unnatural it is to strive for a body shape as such. It’s as if Kim K is blind to realizing the need to set limits to putting her health and comfort at risk just to look good and reach the impossible.

At the end of the day, whether you are Kendall Jenner or a typical woman trying to feel her best, everyone has insecurities and flaws and nobody likes to have them up for display- and that's just human. Appearance and issues with it can lead one down a terrible rabbit hole- especially with major constant attention. If the Kardashians get humiliated for looking like an ordinary person with a healthy body type or are having an off day, why wouldn’t the 5 sisters go to such lengths to maintain staying “perfect” for as long as possible and go over and above when they can at times control what’s being seen? It’s ironic how the people who have set the beauty standards have a hard time living up to it themselves.