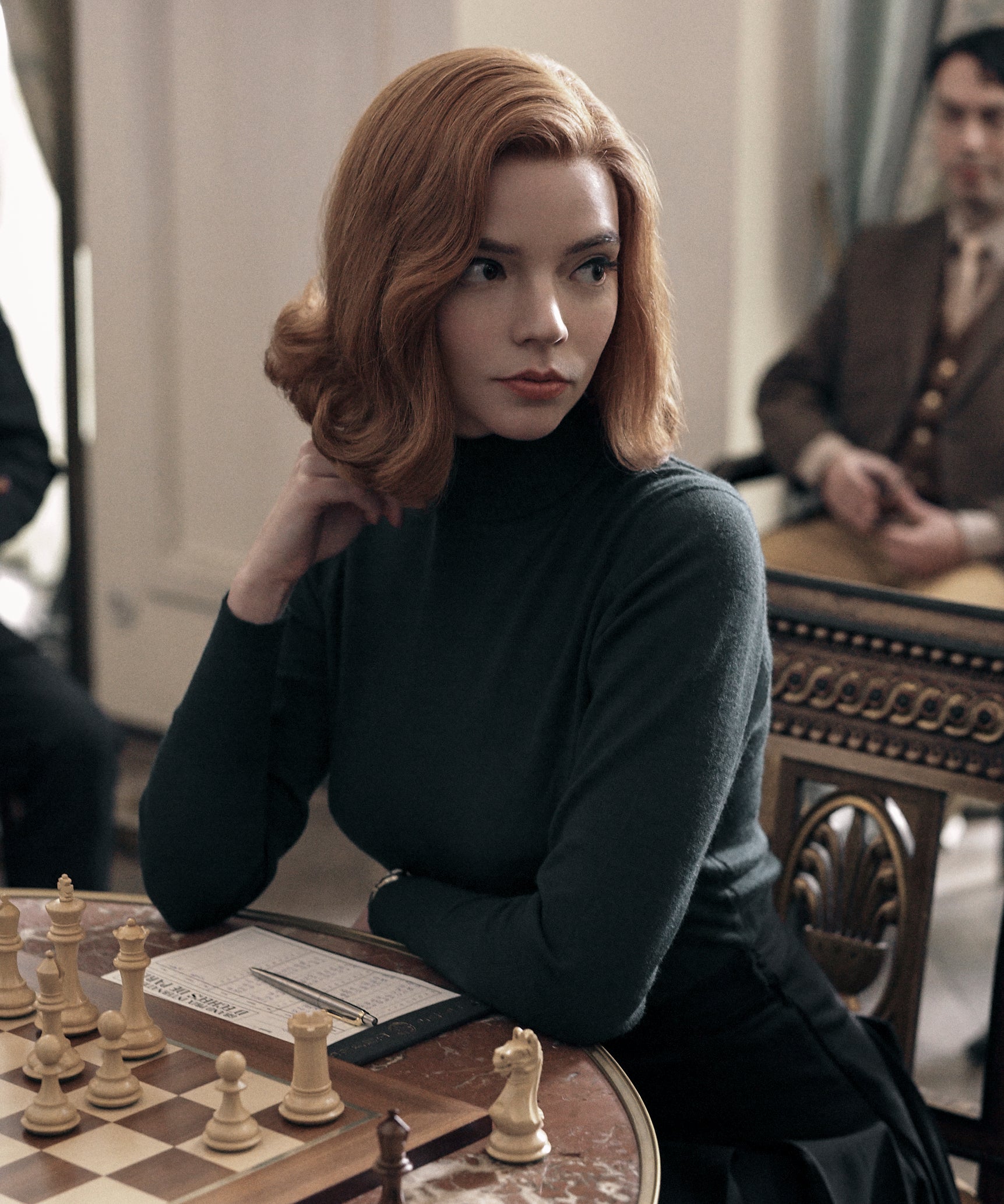 After seeing Netflix’s newest mini-series, The Queen’s Gambit, all over social media the past few weeks, I knew I had to watch the show myself to see what the massive hype was about. Now named Netflix's biggest scripted limited series to date, it has reached the #1 ranking in 63 countries- no small feat by any means. Having never played chess before, and being unfamiliar with the rules of the game, I was worried the series would come across as dull and monotonous. However, I could not have been more wrong, and found myself mesmerized by the series after just the first episode.

The Queen’s Gambit follows Elizabeth Harmon, a chess prodigy, first as a young girl moving into an orphanage following the death of her mother. We quickly see her interest in chess blossom as she sees the orphanage’s janitor playing, often sneaking away from class to play with him in the basement. As her love for chess unfolds, we are simultaneously given a look into her childhood prior to her arrival at the orphanage. Largely characterized by an unstable mother and an absent father, Beth’s early years were filled with trauma. These experiences, coupled with the pill addiction she soon develops in relation to the orphanage’s distribution of drugs, leads her into a rocky adulthood. 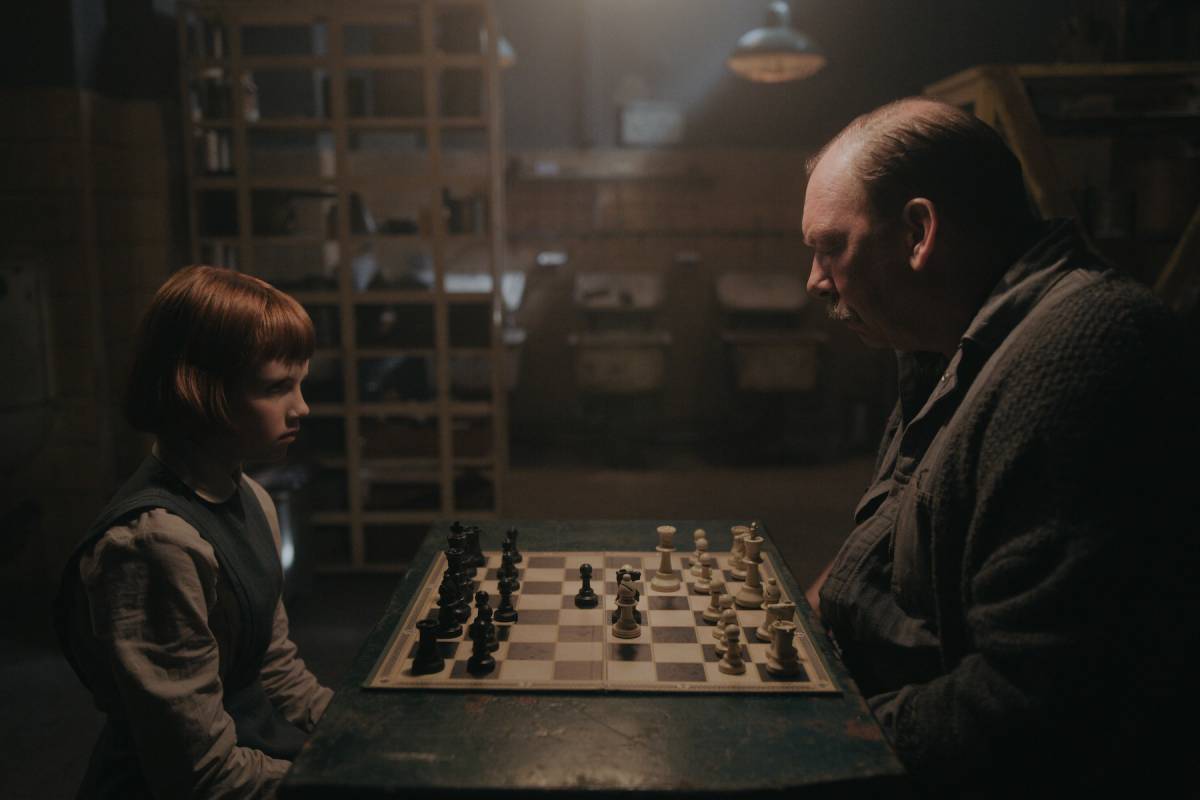 What I loved most about The Queen’s Gambit turned out to be, surprisingly, what I thought I would like the least- chess. I found the show’s portrayal of chess fascinating, especially through the way Beth perceived it. One of the reoccurring scenes throughout the show depicted Beth laying in bed, looking up at the ceiling and envisioning a chess board on the ceiling. As soon as she learned the game as a young girl in the orphanage, we would see her moving the pieces on the board above her. The series concludes with her envisioning this once again in the middle of her last match in the world championship tournament.

The Queen’s Gambit taught me how intense the game of chess can be, and how mentally fit one must be to compete in it professionally. The world of chess turned out to have it’s own sort of culture, with prominent chess players and their reputations constantly being introduced to Beth as she is integrated into the world herself. As viewers, we are able to see that training for chess requires the same rigor, determination, and self-discipline as any physical sport would. Often contributing to the excitement and suspense of the show, one wrong move in chess could cost Beth the whole match. At one point, this meant the difference between advancing to the world championship in Moscow or returning home empty handed- the whole series is filled with high stakes situations such as this.

Although chess is a serious game and becomes Beth’s full-time profession, the series incorporates plenty of her personal life into the storyline as well. This makes The Queen’s Gambit both well-rounded technically and emotionally moving, as it gives greater depth to the character of Elizabeth. Viewers are able to deeply sympathize with her when her adoptive mother passes away during one of her tournaments, as well as when she struggles to navigate her love life alone. We also see the devastating effects of her continuous drug abuse and alcoholism, both considerably during the time following her mother’s death when she returns home to Kentucky, and in her first match with grandmaster Borgov in Paris, which she ultimately loses. Because Beth’s character had been through a great deal as a child and continued to suffer significant losses into her adulthood, her chess matches seem to carry a greater weight that reach far beyond the titles she received at matches. As those around her seemed to point out, since Beth came from nothing, winning is everything to her. It symbolizes, as she expresses in her own words, her ability to dominate a world that she can control- much unlike the one she lives in outside of her chess matches. 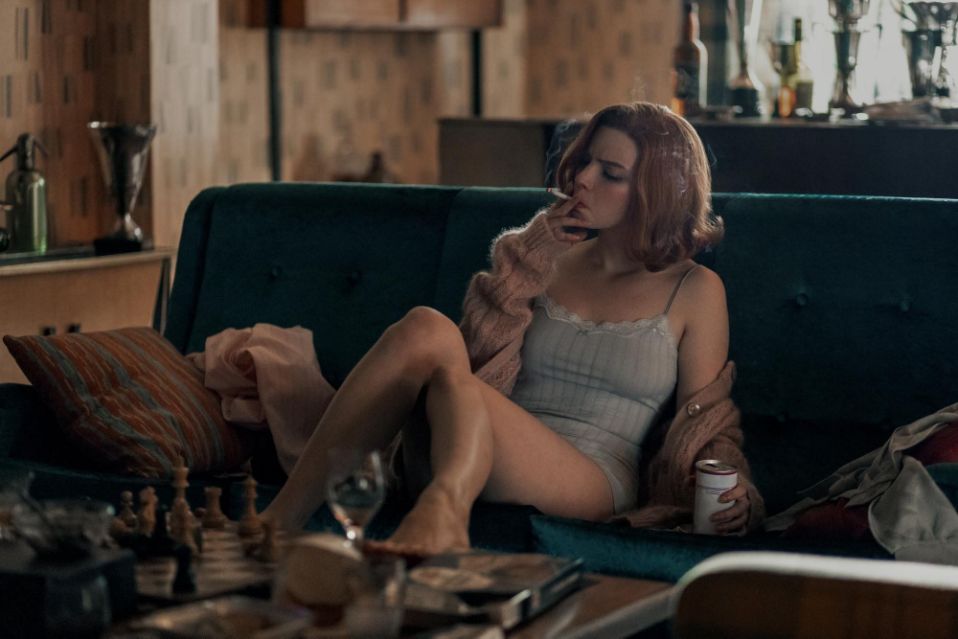 In a overwhelmingly male-dominated game, Beth as a chess player also provides an important message of feminism throughout the series. In several episodes, she comments on how her gender seems to be the main topic of discussion by the press when covering her chess career. There are some great lines about this in the series, many of which are highlighted in Fashion Potluck's post here - definitely worth a read.

When Beth shows up for her first tournament as a teenager, she is scoffed at and dismissed as if she has no business being there. Beth constantly has to fight for a fair chance just to play the game, and her advocacy for herself and her talents is what grants her a spot in the tournament and eventually the Kentucky state champion. The significance of her gender is further highlighted by her romantic interactions with several male chess players she is constantly be surrounded with. This is notably foreshadowed by a girl from her high school when she inquires Beth about her relations with these men- these relationships further display the dynamic of what it is like to constantly be the only woman in the sport.

Although the series concludes joyously with Beth winning the chess world championship title, I felt as though the ending was bittersweet. Shortly following the death of both her adoptive mother and Mr. Shaibel, the janitor from her orphanage who first taught her how to play chess, her victory seems to be somewhat overshadowed by loss and grief. I found myself tearing up during the final scene, where Beth walks through a park with tables with chess boards lining the pathway following the world championship tournament. As a crowd quickly surrounds her, all wanting a glimpse of who is now regarded as the best chess player in the world, Beth sits down with an elderly man to once again play the game she loves. In that moment, I found myself reflecting on all Beth had been through in the short seven episodes that spanned throughout her first 20 or so years of life. A tale of loss, determination, frustration, and inspiration, The Queen’s Gambit excels at telling a deeply meaningful and impactful story. I would highly recommend this series to anyone looking for a captivating and stimulating TV series this year.