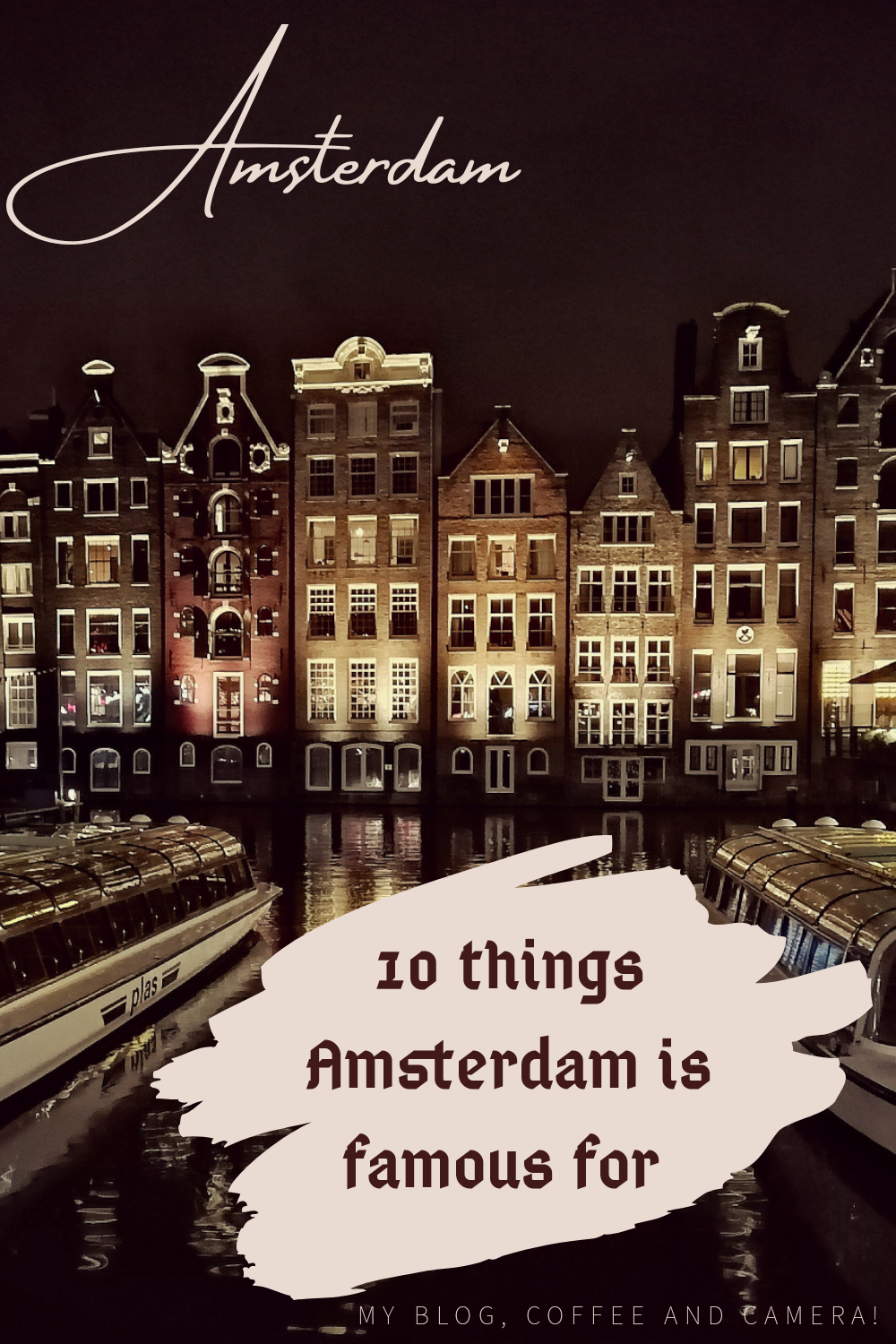 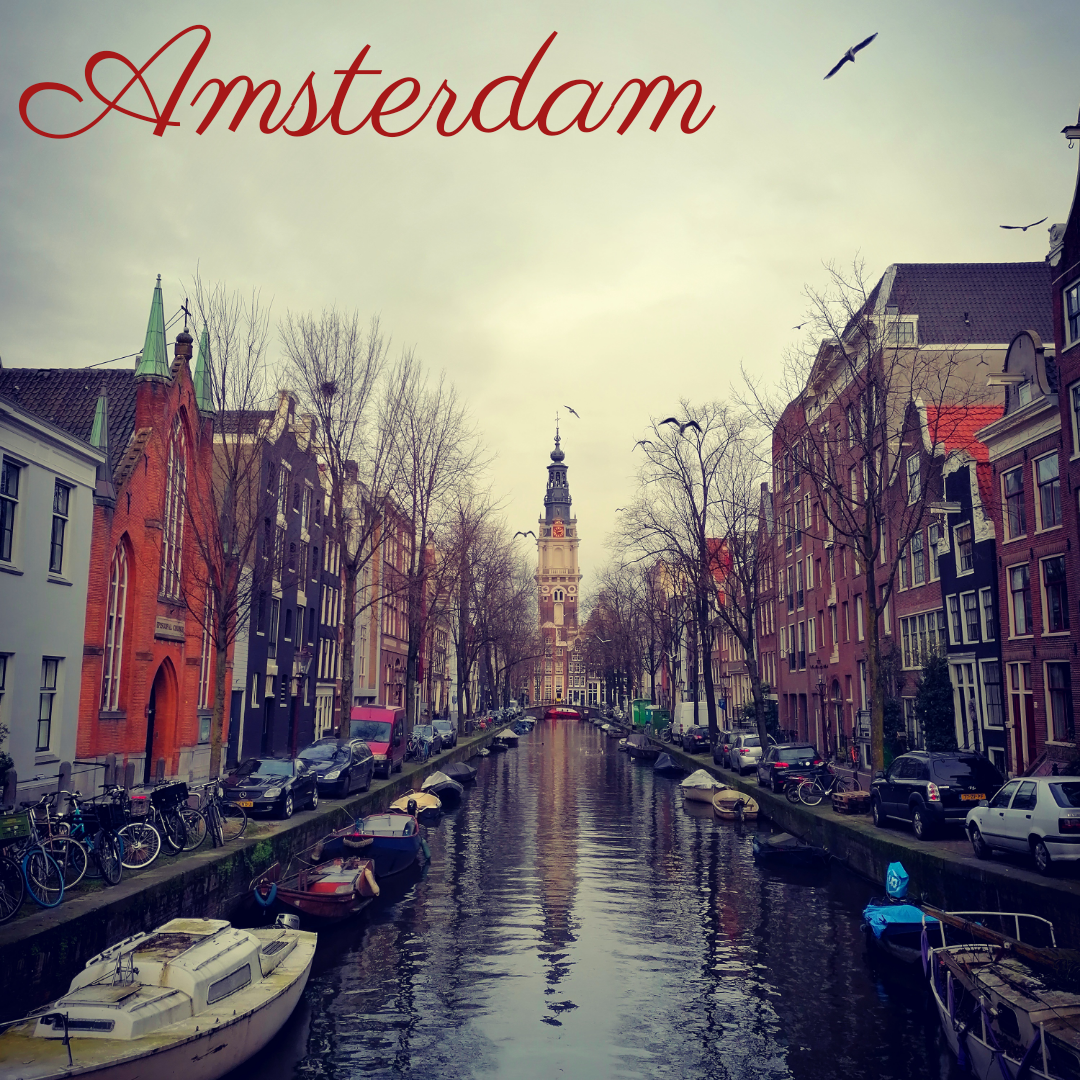 Remember when you were a kid and you thought that the Moon was following you everywhere you went?

I had the same feeling that the water, canals to be exact, were following me in Amsterdam wherever I went:). 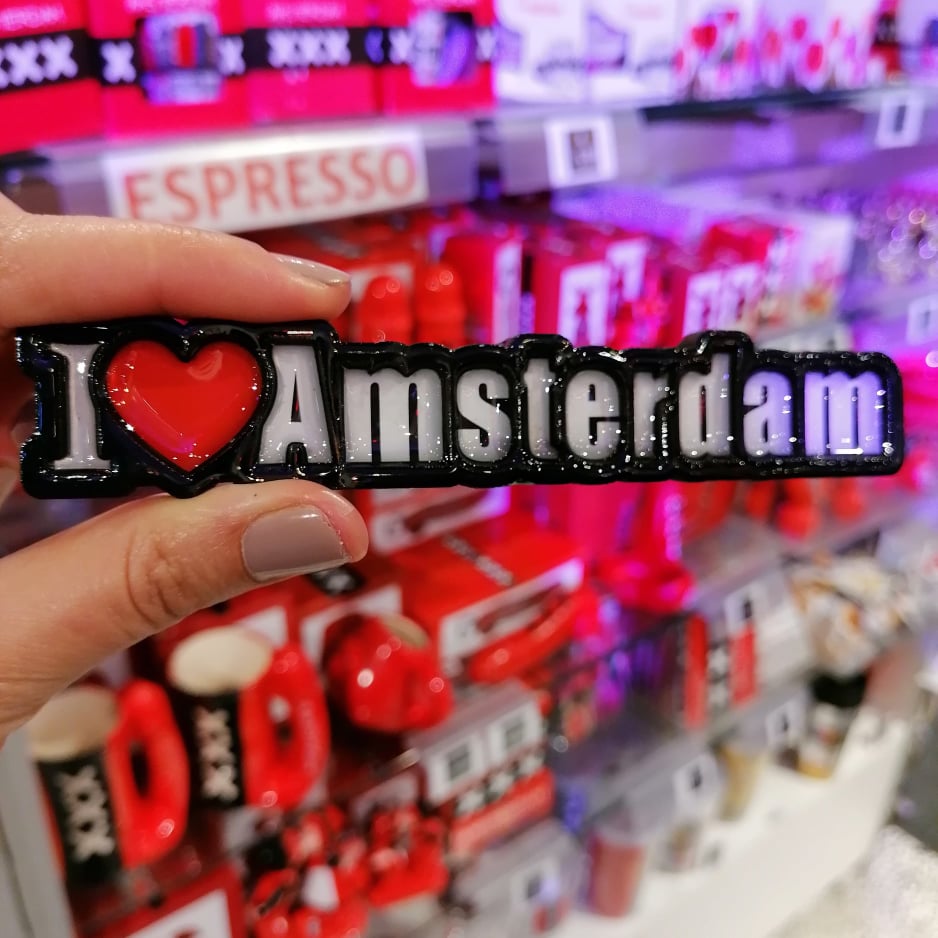 Amsterdam is the coolest city I've ever been to and I can't recommend it enough. And you'd better discover it walking or cycling to enjoy the whole vibe of it:)

While being in Amsterdam city I kept asking myself: "Why is Amsterdam such a popular tourist destination?"

Here are 3 things I discovered to be the reasons for its popularity.

1. Despite being tolerant to weed smoking and prostitution, from the first minutes spent here, you can't help feeling safe. At nights you may see and hear tourists singing or talking loudly (apparently too high or drunk) but that's it.

In fact, Amsterdam has been ranked as the 4th safest city in the world.

2. Amsterdam has also been voted as the best-commuted city. The city has just been rebuilt to be ideal for bike riding. Public transportation with an easy and accessible system makes it so easy for tourists to get around the city. Add to that boat tours to discover the unforgettable beauty of the city.

3. Everyone (literally everyone) speaks English fluently and this makes tourists feel home. I have a friend who has been living in the Netherlands for 12 years and yet she prefers to communicate in English.

What is Amsterdam famous for and what I learned during my first visit there? 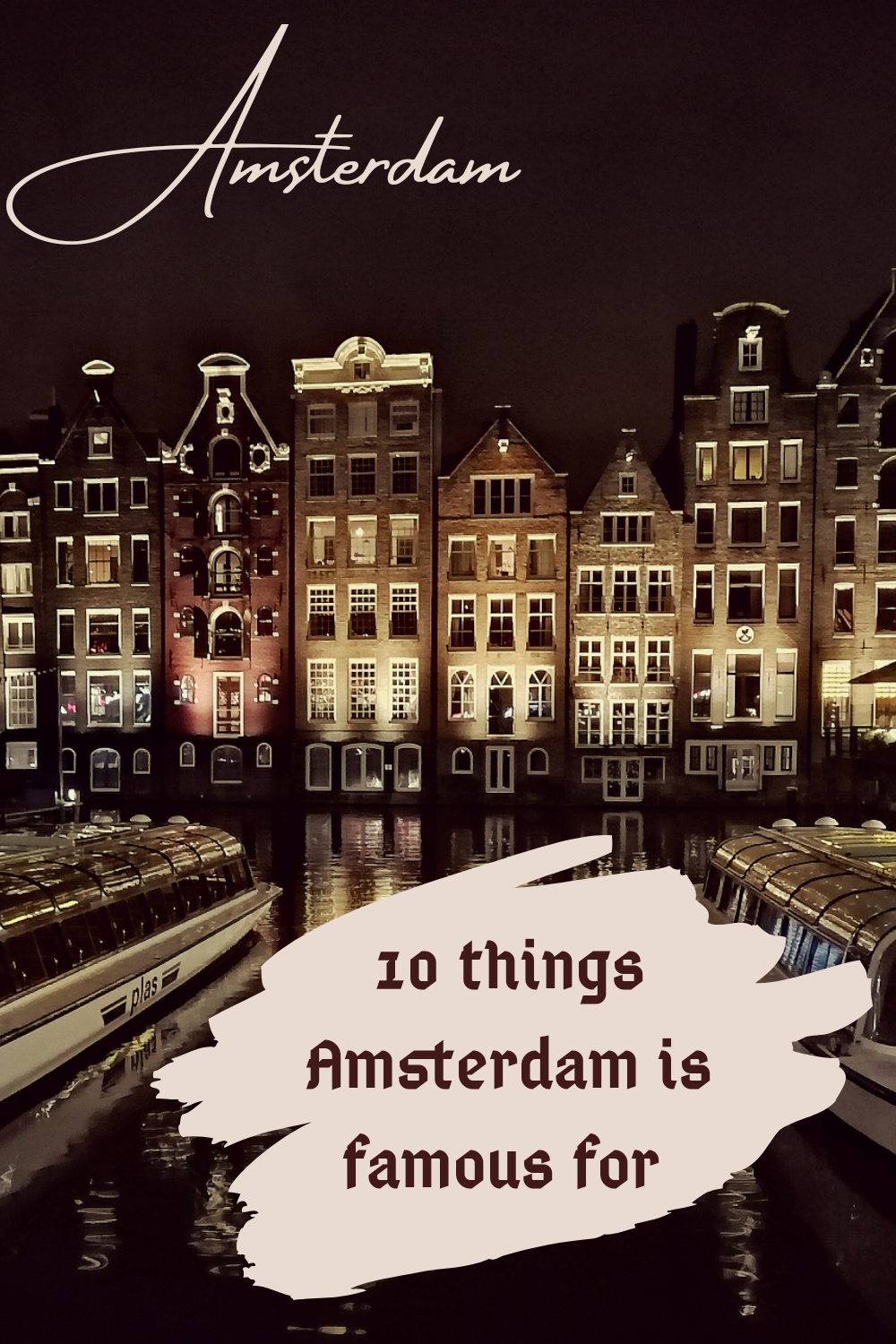 Did you know that there are more bicycles than people in Amsterdam? 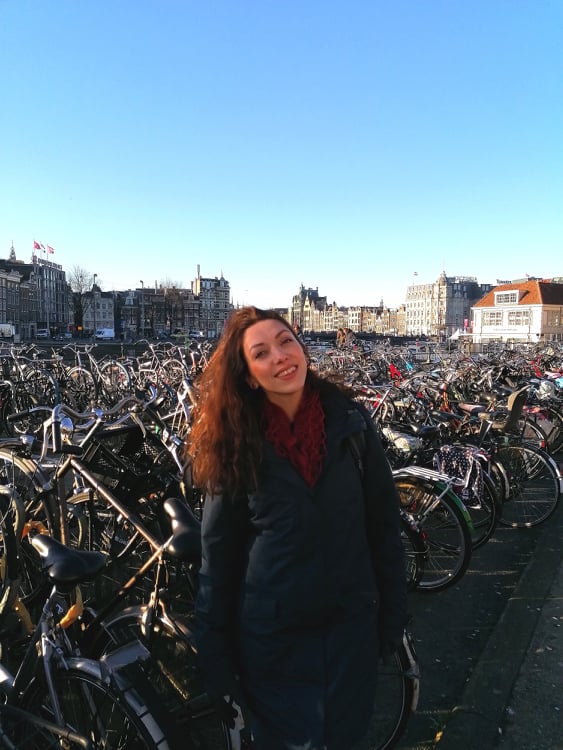 There are 4 times more bicycles than cars in Amsterdam. Each year between 12.000 and 15.000 bicycles are pulled out of Amsterdam's canals. The bicycle parking in Central Station is one of the most photographed sights in Amsterdam. Here you can find the world's only museum you can cycle through: The Rijsk Museum.

Did you know that the Dutch wooden clogs are the most famous traditional footwear in the world? 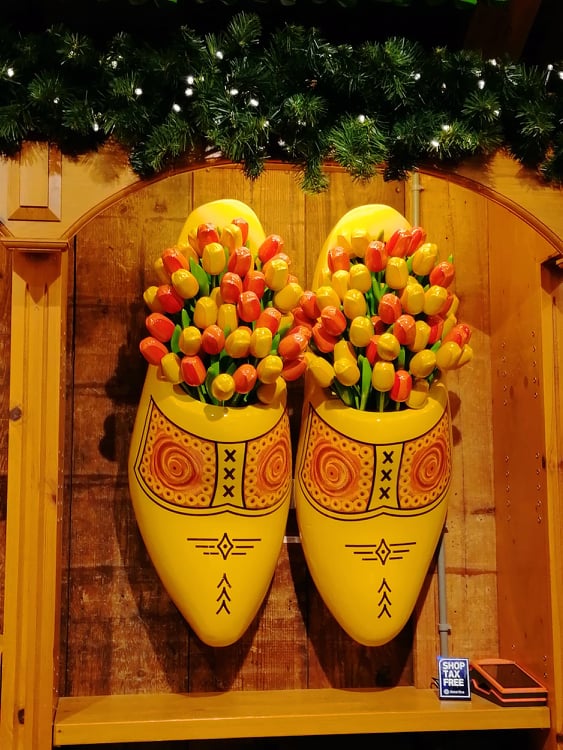 The Dutch have been wearing wooden shoes, or clogs, or “Klompen” since medieval times. Naturally water-resistant, they protected feet from the wet Dutch climate and enabled their wearer to move across the sodden ground with ease. Wood also absorbs perspiration so that the foot can breathe.

In Holland, wooden shoes are still worn by farmers, fishermen, factory workers, artisans, and others to protect their feet as they are very durable.

Did you know that almost a third of the Netherlands is situated below sea level? 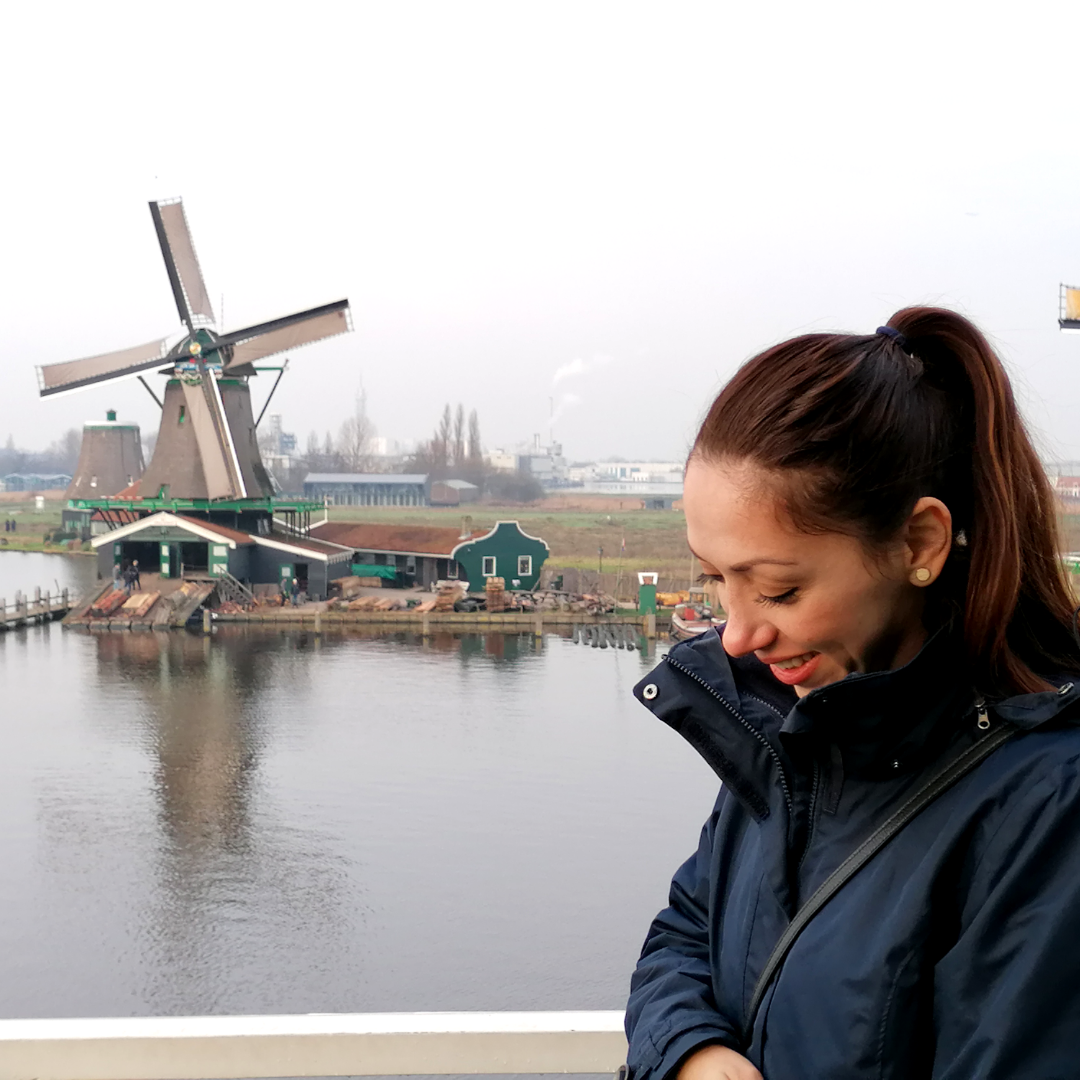 The Dutch windmills originate from the 11th century. The Netherlands used to have 10.000 windmills, nowadays over 1.000 are still standing and most of them still work.

Historically, windmills in the Netherlands served many purposes. The most important probably was pumping water out of the lowlands and back into the rivers beyond the dikes so that the land could be farmed.

Did you know that coffee shops are not a place to drink coffee in Amsterdam? 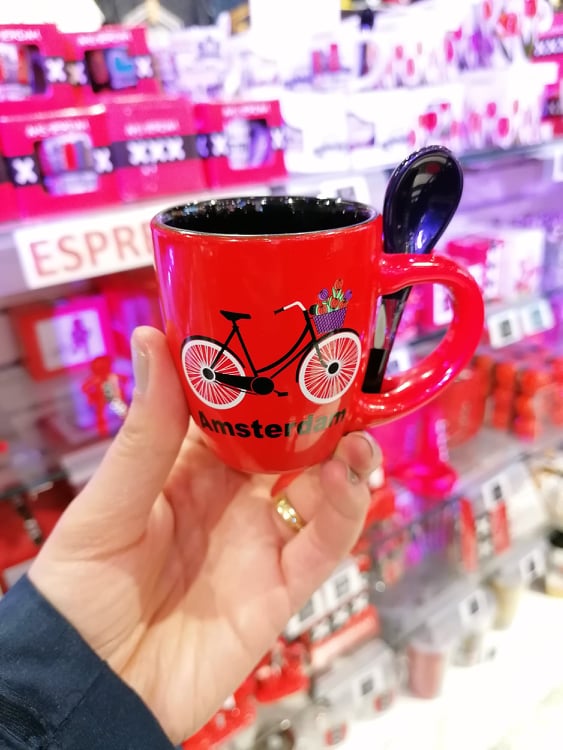 When in Amsterdam, be careful when entering a coffee shop as it is not exactly a place to drink coffee (as I thought first) but a place to drink alcohol and where it is kind of "legal" to sell and smoke cannabis and hash. Coffee shops are allowed to sell cannabis and hash, but officially, they are not allowed to buy it. Growing marihuana is also not allowed in the Netherlands.

Instead, look for a café if you want to drink coffee and have breakfast and snacks. The Dutch are great coffee drinkers, there are coffee machines available at every corner. They are the 5th country among the most coffee drinkers.

Did you know that the Netherlands is the largest exporter of flowers in the world? 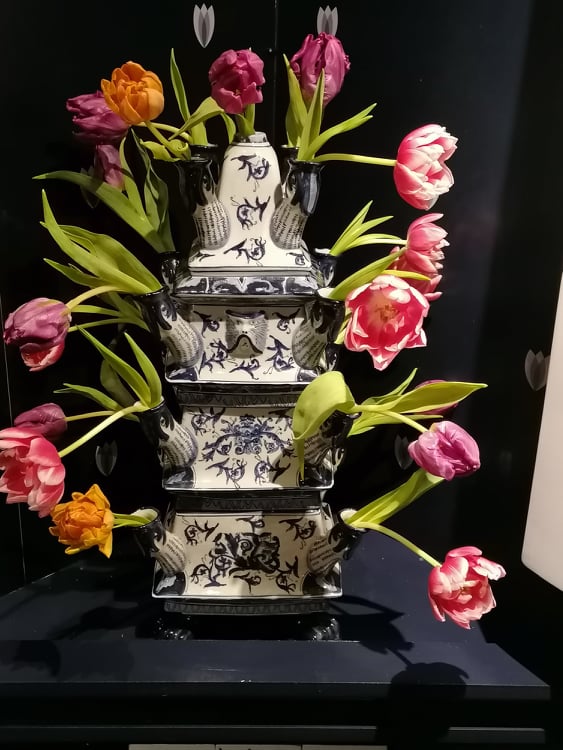 In fact, it exports two-thirds of the world's flowers, the most famous among them being tulips and roses. Here you will also find the world's biggest flower garden, Keukenhof, where they plant over 7 million tulip bulbs, with over 800 different tulip variations. Unfortunately, I was not able to visit it as Keukenhof opens only during the blooming period between April and March. However, we visited The Tulip Museum and learned all about the culture of tulip cultivation from A to Z.

It is hard to believe that tulips, which have become the trademark of the Netherlands, were originally cultivated in the Ottoman Empire, present-day Turkey, and were only brought to the Netherlands in the 16th century. At first, tulips were a luxury and in the 17th century, during the Tulipmania, the price of the tulip bulb reached dazzling heights and was equal to that of a townhouse in Amsterdam. 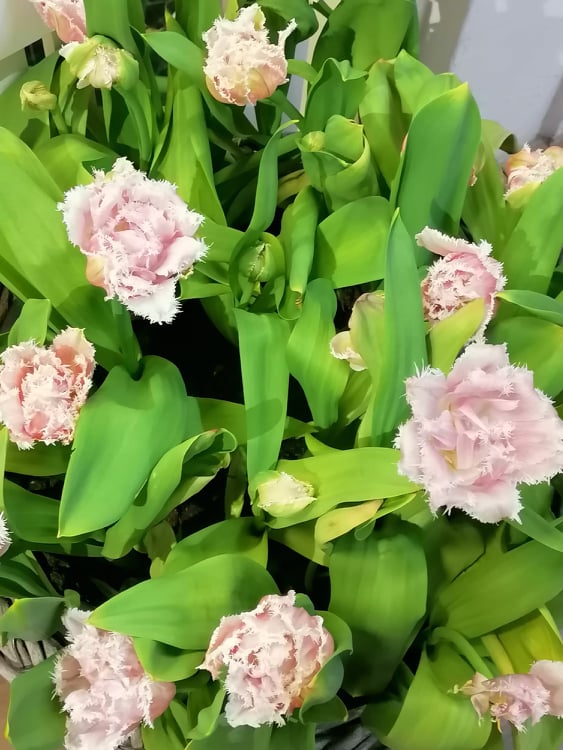 Stay tuned as I will publish Amsterdam - 10 Things Amsterdam is famous for (part 2) in a couple of days.

Meanwhile, tell me if you have ever been to Amsterdam.