Yoga in the Park 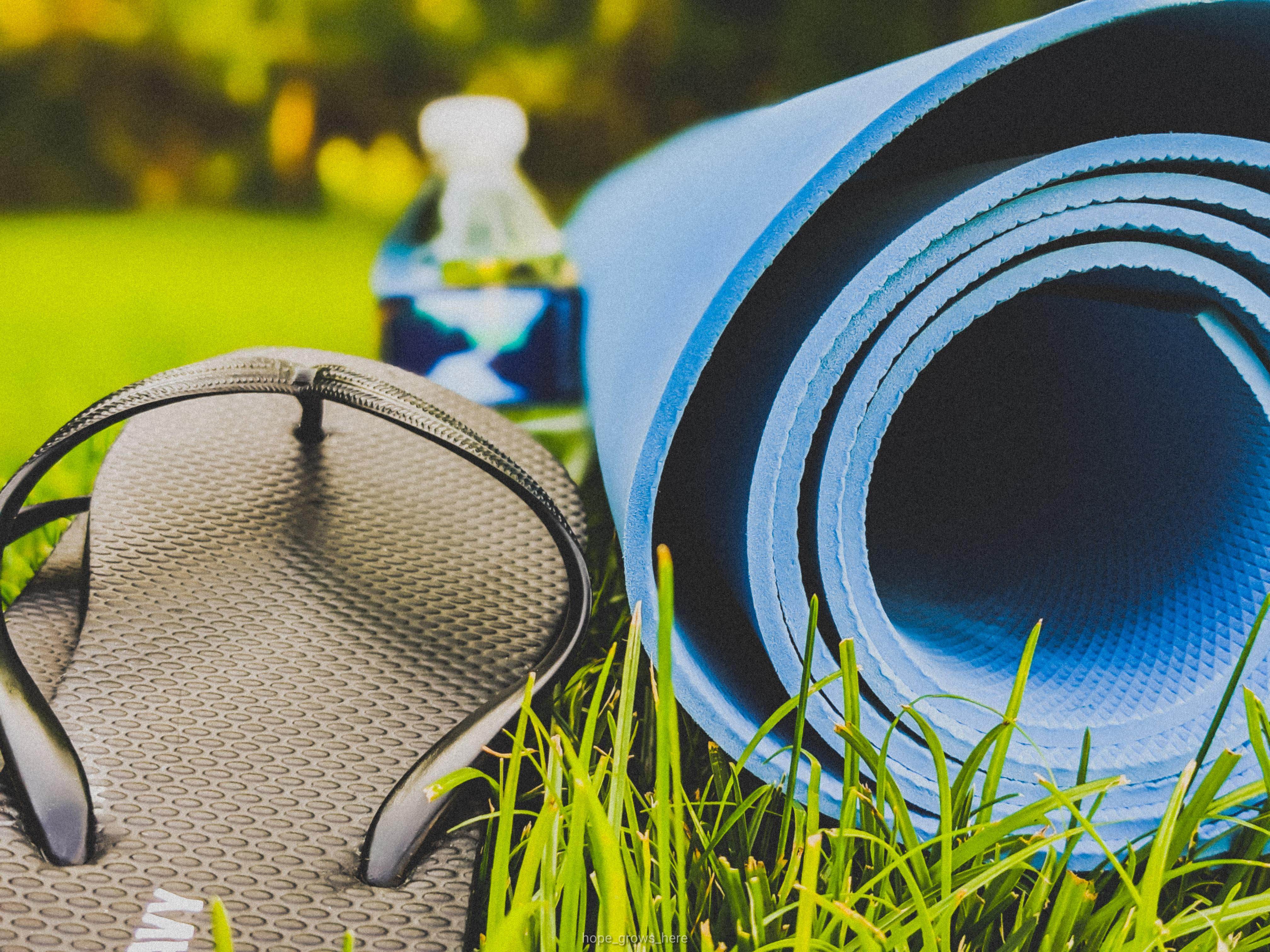 As any regular over at my blog knows, I am a member at a local yoga studio. Obviously, the studio itself has been closed for a few months now, but they have tried to continue to make their classes accessible via Zoom. I personally don’t do yoga classes online because I just can’t get in that zen headspace in my living room, and I’ve missed yoga a lot. While I was happy to do away with many parts of my schedule (like commuting to work and wearing real pants), yoga is one piece that I wish I could’ve kept. I went from doing yoga 3-4 times a week to not doing it at all. As someone who hates intense exercising after (or before) a long day and who suffers from anxiety, yoga was really great for me.

Last week, as restrictions have begun to get a bit more lax, our yoga studio had yoga in the park, and I was all too happy to see the Monday night yoga crew again. Finally, I could actually practice yoga again and not in my house! Also, I could see people again in a structured environment. As I’m not used to seeing people any more, I become easily overwhelmed in crowds. I was excited for yoga because I would be able to still see and interact with people, but with a structure that would keep everything from being overwhelming.

Sure, outside isn’t my favorite place to be, but if that’s where I have to be to attend a yoga class, then so be it. Overall, I definitely think it was a success, and I was grateful to be able to get back to practicing yoga again. However, doing yoga in a public park had some challenges — some that I expected, and some that I didn’t! Here’s my experience doing yoga in a public park.

Before my friend Rachel and I signed up to attend yoga in the park, she warned me that the park we were going to would be covered in goose poop. And boy, she wasn’t lying. When I walked over in my cheap flip-flops carrying my cheap mat and water bottle with my mask hanging around my neck, it took me several minutes to find a spot close(ish) to Rachel’s mat that was not littered in poop. And to be honest, I’m not sure that I succeeded. Before I took off my flip-flops, I checked the bottom and made a mental note to clean off my shoes before going back into my house.

I sat down on my mat and immediately felt the rough terrain under my flimsy mat. While I would’ve felt the uneven ground through any yoga mat, I did miss using my nice, quality yoga mat. But there was no way I was risking getting dirt, goose poop, and bug guts all over my baby. I mean, my mat. Not my baby, my mat.

Throughout my practice, the ground continued to pose an interesting challenge. I hadn’t done yoga in months, and I was worried that my downward-facing dog wouldn’t be as strong, my form wouldn’t be as good, and I would no longer be strong enough to do a full chaturanga dandasana. Luckily, I could still chaturanga, and my form during down dog was still pretty good. But with the uneven ground, I kept dumping weight into my wrists to keep myself up.

The atmosphere was also really interesting. I don’t remember ever doing yoga in such a public place. My friend Stephanie and I did yoga at a farm a while back, but there were not nearly as many possible distractions at the farm. Also, the sounds at the farm were much more cow and goat noises rather than splashing water and cursing teenagers.

There was something so peaceful about watching the lake and hearing the wind rustle the trees while doing yoga. It’s hard to feel the discomfort of holding a long down dog when you’re caught up in the beauty of a lake! Plus, outside in nature, there’s no wall clock and no mirror to distract me from being in the moment. Instead of watching the clock and obsessing about the time or watching the mirror critiquing my body, I was able to focus on my movements and form. I was even able to do tree pose around actual trees. There was something really inspiring about that.

While there was no clock or mirror, the distractions that we did have were interesting. We were in a public park, so there were several people that came through during our practice. From cursing teenagers, to a mother and her toddler, to a group of joggers who, for some reason, said “oh look, it’s people doing yoga!” out loud. Between the people, the cars driving by, and the buzzing bugs, at least yoga in the park wasn’t boring!

At the end of class, I felt uncomfortable laying down for shavasana because of all of the bugs buzzing by and crawling on my mat, which I wasn’t super thrilled about, but it was a small price to pay for this almost spiritual experience. Even considering the cons of yoga in the park, I would still gladly go back and do it again. Hell, I would gladly do it weekly. Especially for someone like me who finds water to be calming and peaceful, I enjoyed practicing yoga near a lake. There’s just nothing like doing yoga and connecting with nature.

This post was originally published to my personal blog at http://buffalosauceeverywhere.com/2020/07/08/yoga-in-the-park

Photography by my talented fiancé. You can find him on Instagram at https://www.instagram.com/hope_grows_here/